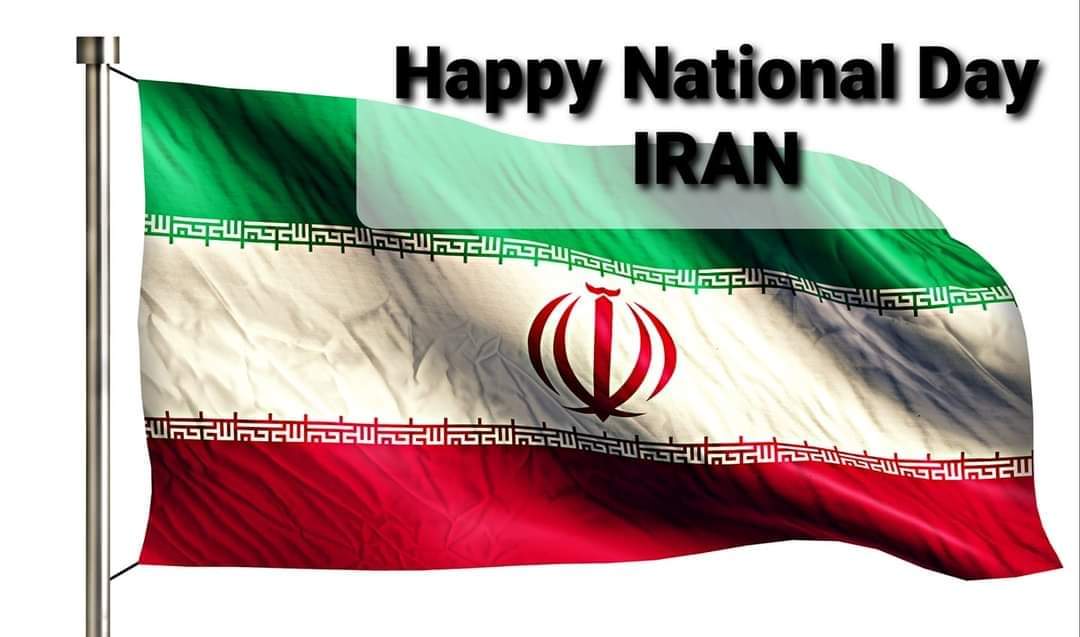 Islamic Republic Of Iran is celebrating it’s 42nd year of National Day, Enqelābe Irān; also known as the Islamic Revolution or the 1979 Revolution, was a series of events involving the overthrow of the monarch of IRAN, Mohammad Reza Shah Pahlavi, and replacing his government with an Islamic Republic under the Grand Ayatollah Ruhollah Khomeini, a leader of one of the factions in the revolt.

For 42 years, Iranians have been steadfast in their commitment to the main principles of their revolution.

The Diplomatic Informer Magazine SA would like to wish Iran Government and the people of Iran a wonderful 42 years of revolution and a prosperous future to all Iranians. May Iran continue its resilience for the years to come.