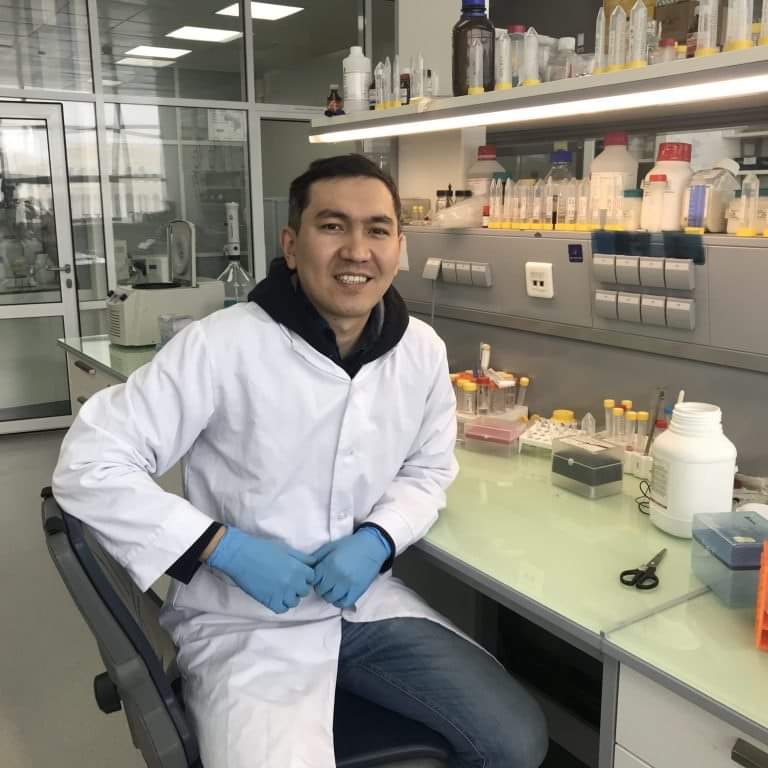 NUR-SULTAN – Bolat Sultankulov, 32, is a brilliant Kazakh scientist, who started pursuing his career during the era of Kazakhstan’s independence. Now, he is making an important contribution to the scientific progress of his country with his latest development.

Sultankulov immediately caught the attention of the audience and media after he wrote a post about his working on the first locally produced COVID-19 rapid test. The tests can deliver results in a matter of minutes and may become widely available. The test detects the virus itself, not the antibodies, in less than 15 minutes. Therefore, it identifies the disease immediately after the onset of symptoms.

Over the past six months, Sultankulov did a colossal job to create a test system based on synthetic nanobodies provided by a research group from Switzerland. As he explains, the test is based on the available data from a similar test from Abbott (using antibodies), which is able to detect the virus in the first seven days after the first symptoms.

“The sensitivity in competitive test configuration is nine-18 nanograms of RBD protein. At first, we need to undergo validation and examination on clinical samples. I hope that we will be ready to use our tests in the near future,” Sultankulov said in an interview for this story.

The scientist is currently discussing his latest development with pharmaceutical companies and collecting the documents for registration.

“I have to provide all the necessary documents to the Ministry of Healthcare, the National Center for the Expertise of Medicines and other laboratories in order to confirm the effectiveness of the development. Most importantly, the test will be cheaper and more affordable than the PCR method,” he said.

The scientist will also study how the test works with asymptomatic carriers.

“The test looks like an express strip and works in the same way as a pregnancy test. The procedures can be done at home on samples of saliva, sputum, mucus from the nasopharynx.

“Nanobodies used in the test can also be used in the COVID-19 treatment. Nanobodies attach to the spines of the coronavirus and thereby neutralize the infection of cells by the virus preventing it from spreading. But it takes time to study this direction. Initially I was looking for the possibility of using nanobodies primarily in diagnostics. But I will definitely continue to study this issue,” he said.