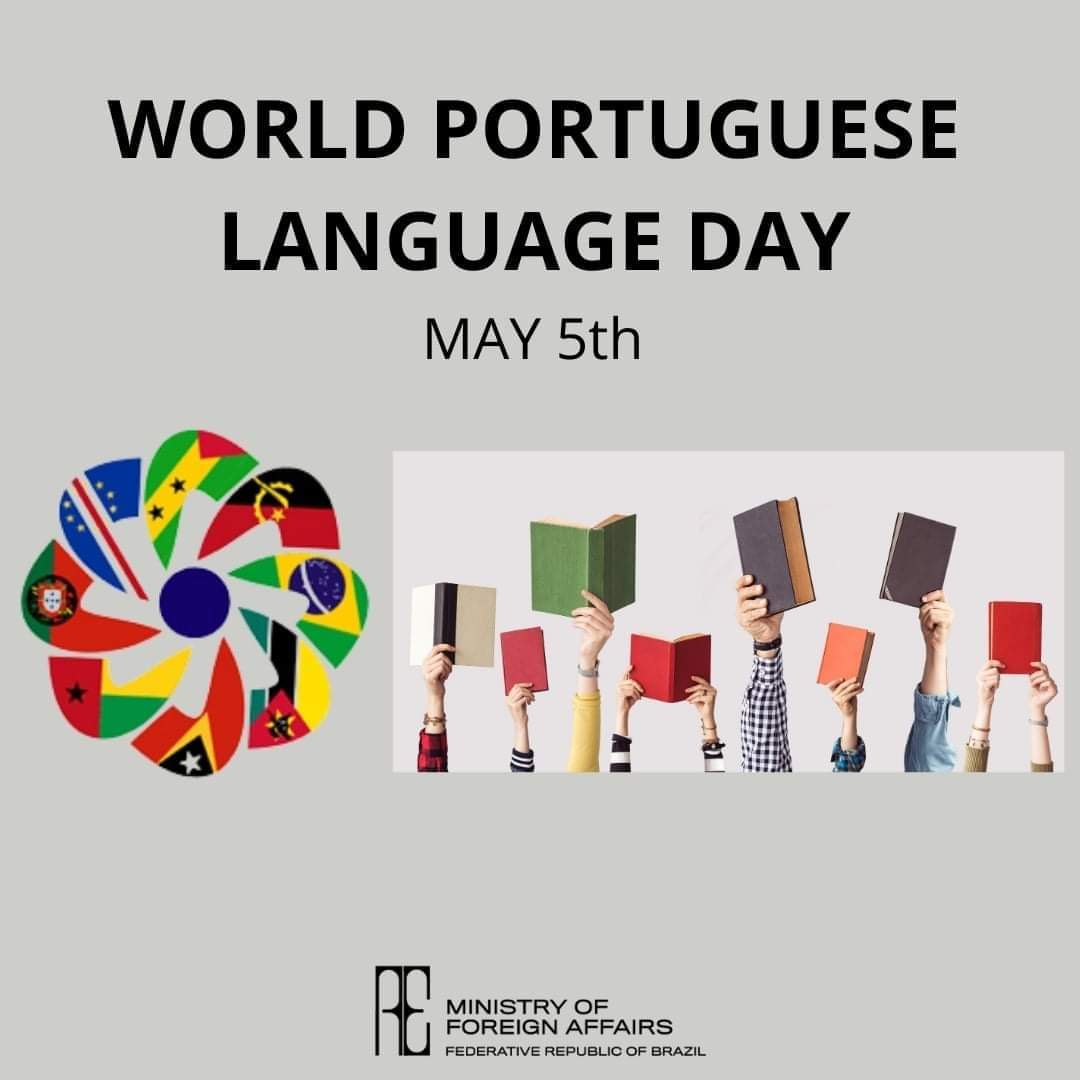 EMBASSY OF BRAZIL IN PRETORIA

May 5th isWorld Day of the Portuguese Language. Created in 2009 by the Community of Portuguese Speaking Countries (CPLP – Comunidade dos Países de Língua Portuguesa CPLP), the date was also adopted by UNESCO in 2019, in recognition of the importance of our language.

Portuguese is the most spoken language in the Southern Hemisphere and the 9th in the world. There are 274 million speakers in 9 countries and on 4 continents: Angola, Brazil, Cape Verde, Guinea Bissau, Equatorial Guinea, Mozambique, Portugal, São Tomé and Príncipe, and East Timor.

Ministério das Relações Exteriores actively promotes the Portuguese language, one of the greatest expressions of our national culture and history. Besides the Brazilian representation at CPLP, the Brazilian Cultural Network (Portal dos CCBs e Leitorados Brasileiros) has 24 Cultural Centers and more than 9,500 students enrolled.