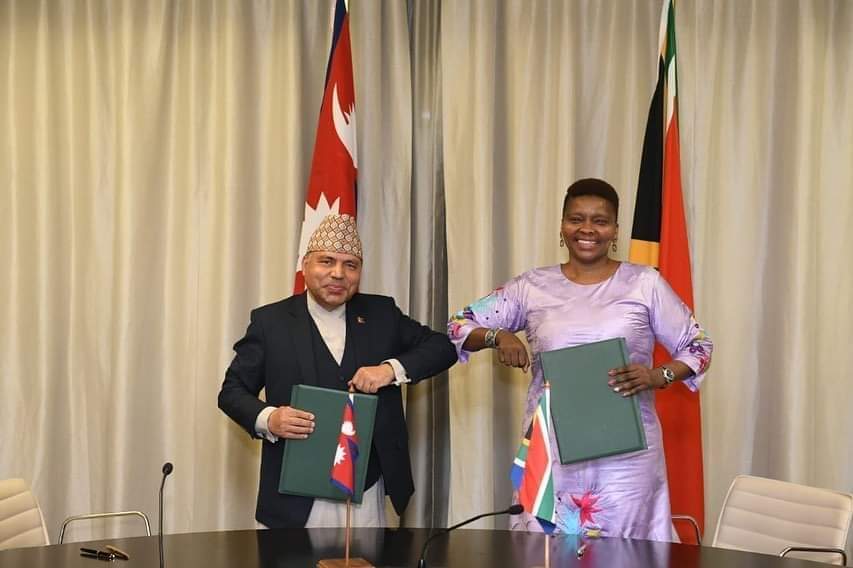 South Africa and Nepal have had good bilateral relations since the two countries established full diplomatic relations on 28 July 1994. The resident Nepalese Embassy in Pretoria was established on 10 February 2010. South Africa is represented in Nepal by an Honorary Consul.

In a previous engagement between SA, and Nepal both Ministries reviewed bilateral relations and identified new areas of co-operation, specifically in Economic Diplomacy.