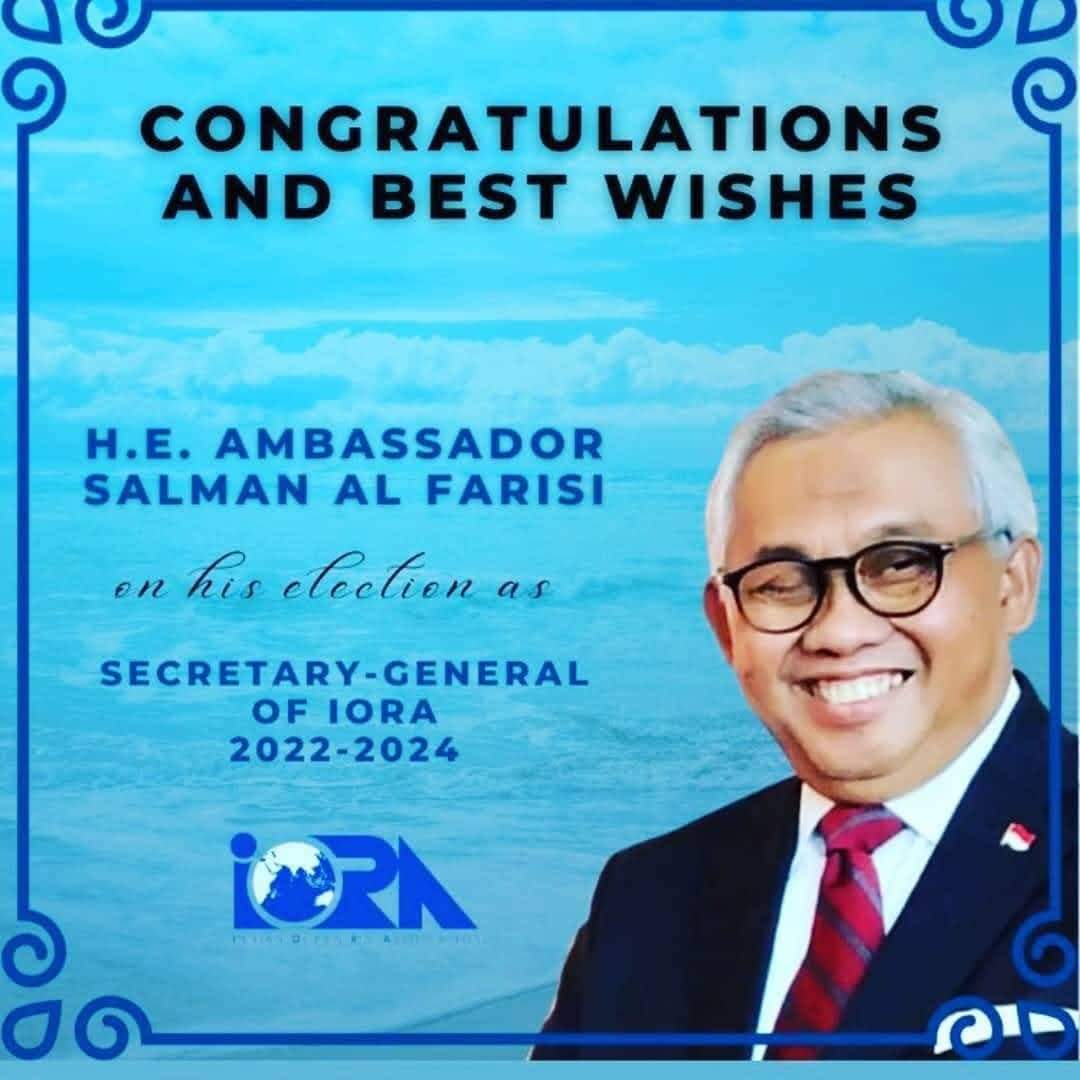 Apart from Indonesia, representatives from Malaysia and Sri Lanka were also nominated for the position of Secretary General of the IORA.

“The election of a representative from Indonesia as Secretary General of the IORA is very proud. For the first time an Indonesian representative has held the highest strategic position in the IORA since its formation in 1997, and this was achieved through good diplomatic efforts,” said Foreign Minister Retno Marsudi in a written statement, Wednesday. (17/11/2021).

After the election, Retno expressed her appreciation for the support given by IORA member countries to Indonesian candidates. He believes that as Secretary General of IORA, Salman will contribute optimally in developing the organization.

“With his vast experience, Ambassador Al Farisi will make a maximum contribution in developing the organization and increasing the capacity of the IORA Secretariat in order to better serve and facilitate member countries,” he concluded.

Retno also expressed her appreciation for the selection process for the Secretary General of the IORA which was carried out in a balanced, transparent and inclusive manner. According to him, this is important to strengthen IORA’s institutional capacity.

“In a challenging situation like now, IORA members have no choice but to unite and collaborate to overcome the pandemic together and encourage economic recovery. Let’s work together, recover together, recover stronger,” he said.

According to Retno, the election of a candidate from Indonesia as Secretary General of the IORA is a concrete manifestation of President Joko Widodo’s mission to place the nation’s best sons and daughters in international organizations.

Indonesia’s leadership as Secretary General of Indonesia is expected to contribute to the promotion of cooperation with the IORA. Indonesia hopes that IORA can move faster and be able to face challenges both now and in the future.

Indonesia Reaffirms Its Commitment to Development in Africa

Indonesia itself has an active role in the IORA. In 2017, for the first time IORA held a summit in Indonesia, as well as in commemoration of the 20th anniversary of the founding of IORA.

Retno explained that maritime and fisheries cooperation, which is IORA’s core competency, particularly related to sea-based sustainable economic development, is very close to Indonesia’s national interests. Indonesia’s representation at the IORA as the Secretary General is expected to be able to contribute to the development of a marine-based economy in Indonesia, and at the same time be able to raise the profile of Indonesia’s leadership in the international arena.

For information, Ambassador Salman Al Farisi will carry out his duties as Secretary General of the IORA effective January 1, 2022, with a term of office for three years. The Indian Ocean Rim Association (IORA) is the pioneer and the only regional organization with coverage throughout the Indian Ocean region.