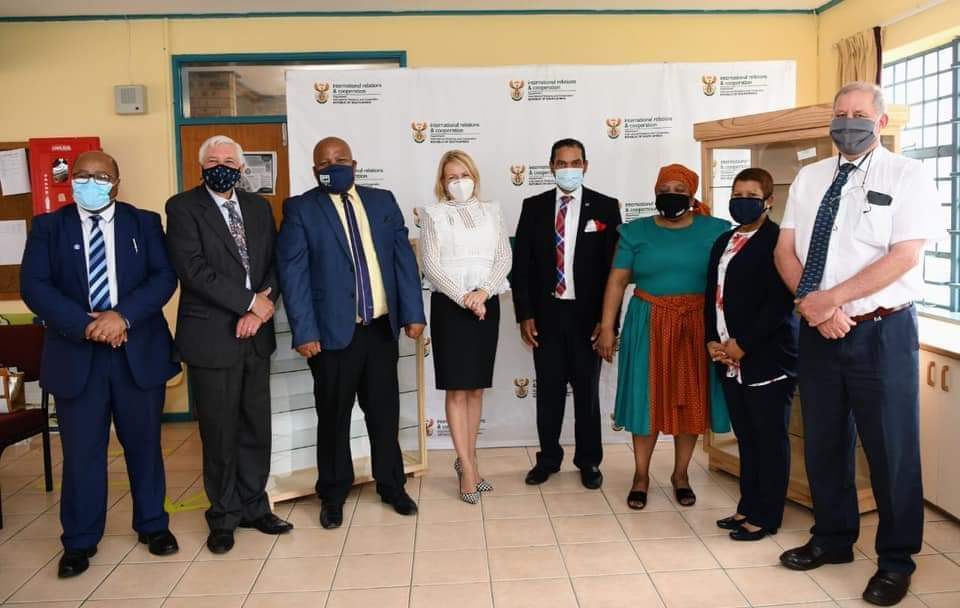 The visit to George High School was part of the Deputy Minister’s follow up visit, constituency work and the department’s “back to school” campaign, aimed at encouraging learners to focus on Education, which is one of the government’s key priorities, as well as to develop the learners’ knowledge on South Africa’s International Relations and career prospects in Diplomacy”

In his capacity as the District Development Model champion, Deputy Minister Alvin Botes
responded to the pleas made by the communities during his last visit and handed over donations at Imizamo Yethu Secondary School.

In his remarks Deputy Minister Alvin Botes thanked the Embassy of Ukraine for their generosity and said “ the efficacy of the District Development Model is dependent on the ability of government to listen to communities, partner with them and make interventions”.
Department of International Relations and Cooperation, SA