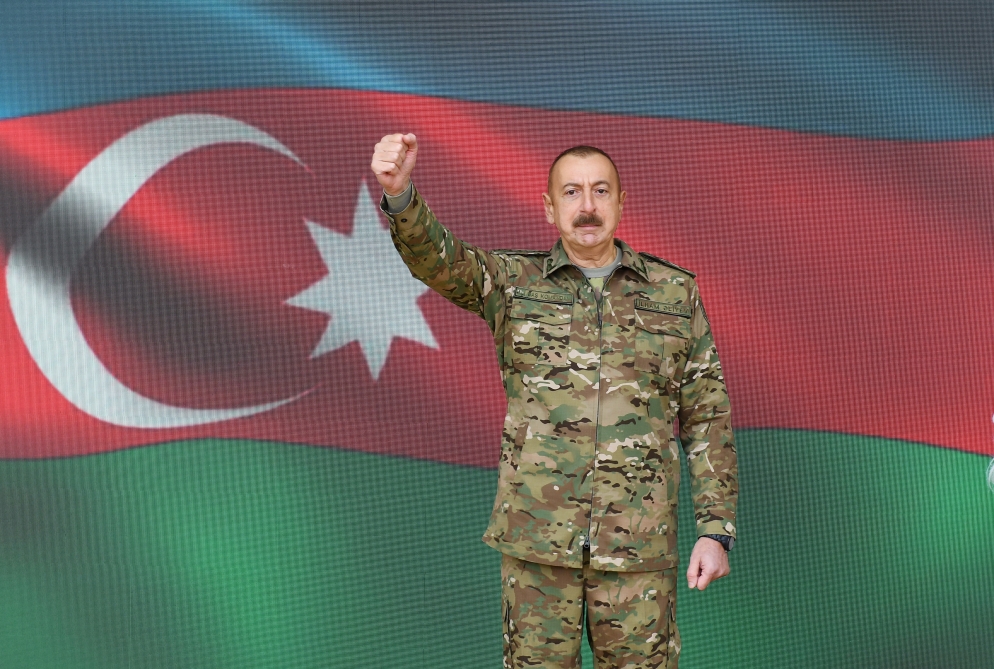 Republic Day (Respublika Günü) honours the date on which the Azerbaijan Democratic Republic (ADR) was founded on 28 May 1918. Since 1992, Republic Day is celebrated as a national holiday in Azerbaijan. This was the same year of the Independence declaration of the Ottoman Empire and Azerbaijan Democratic Republic signed an agreement of friendship and cooperation between two states. Between August–September 1918 the Ottoman–Azerbaijani coalition forces (The Islamic Army of the Caucasus) led by Nuri Pasha liberate Baku from Armenian gangs and Bolsheviks. The capital was transferred from Ganja to Baku. Azerbaijan’s Declaration of Independence underlined the south Caucasus nation’s status as an independent Republic which guaranteed freedom to all citizens. Unfortunately, the Republic lasted only twenty-three months, on April 28, 1920, the 11th Red Army invaded the country and the young state lost its independence for the next seventy years. Despite the bloody occupation of Azerbaijan by the 11-th Red Army of the Soviet Russia the Democratic Republic of Azerbaijan had left a remarkable trace in the national history of liberation movements. Within 23 months of its existence the Democratic Republic of Azerbaijan became clear evidence of the fact that even the most atrocious and oppressive colonial regimes were unable to eradicate the ideas of liberty and independent statehood of the Azerbaijani nation. This year we celebrating 103th anniversary of Independency Day 2020 as well as the Patriotic War or “Operation Iron Fist” 27 September- 8 November 2020. On the morning of 27 September 2020, Armenia’s Armed Forces launched a large-scale attack, subjecting settlements and frontline positions of the Azerbaijani army to intensive fire from high-caliber weapons, mortars and artillery devices of various calibers, following which, in order to halt the Armenian army’s attack and ensure the security of the civilian population, the Azerbaijani army command decided to launch a rapid counter-offensive along the whole front. During 44 days the Azerbaijan army implemented the UN Security Council resolutions that demanded the unconditional withdrawal of Armenian armed forces from Azerbaijani territory. In previous war 1990-1994, there was a tactic known as “scorched earth”, by which an offensive force destroyed or looted all it could, setting fire to what it could not. This also prevented the local population, the owners of the land, from settling there. In 1977, Article 54 of Protocol No.1 of the Geneva Convention banned “scorched earth” as a tactic; it is now a war crime. 21st century Armenians are, however, using this tactic, regarded as primitive by the civilized world. As our President said, it is as if a savage tribe has passed through these places. Videos of our liberated cities and villages are heart-breaking. The savage enemy has not laid a stone upon stone, but has reduced everything to ruin. Trees have been cut down, forests cut down and burned, and land has been rendered useless. Fuzuli, Jabrayil, Zengilan and Gubadli resemble deserts. Aghdam is a city of ghosts, even an atomic bomb did not destroy Hiroshima as completely. Armenia’s war crimes do not end there. Two ballistic missiles were fired at Ganja, and Barda was bombarded with cluster munitions. The number of shells fired at Terter, Aghdam and Goranboy are uncounted. Hundreds of civilians – children, women, the elderly – fell victim to Armenian fascism; thousands of houses, apartment buildings and infrastructure were destroyed.

If we look at the many conflicts and wars taking place in the world, the last word lies with the stronger side. The 44-day Patriotic War of the Azerbaijani people for Karabakh is the latest example of this. Over the past 17 years, we have gained strength and crushed the enemy with an iron fist. Thirty years of occupation and injustice were ended in 44 days.