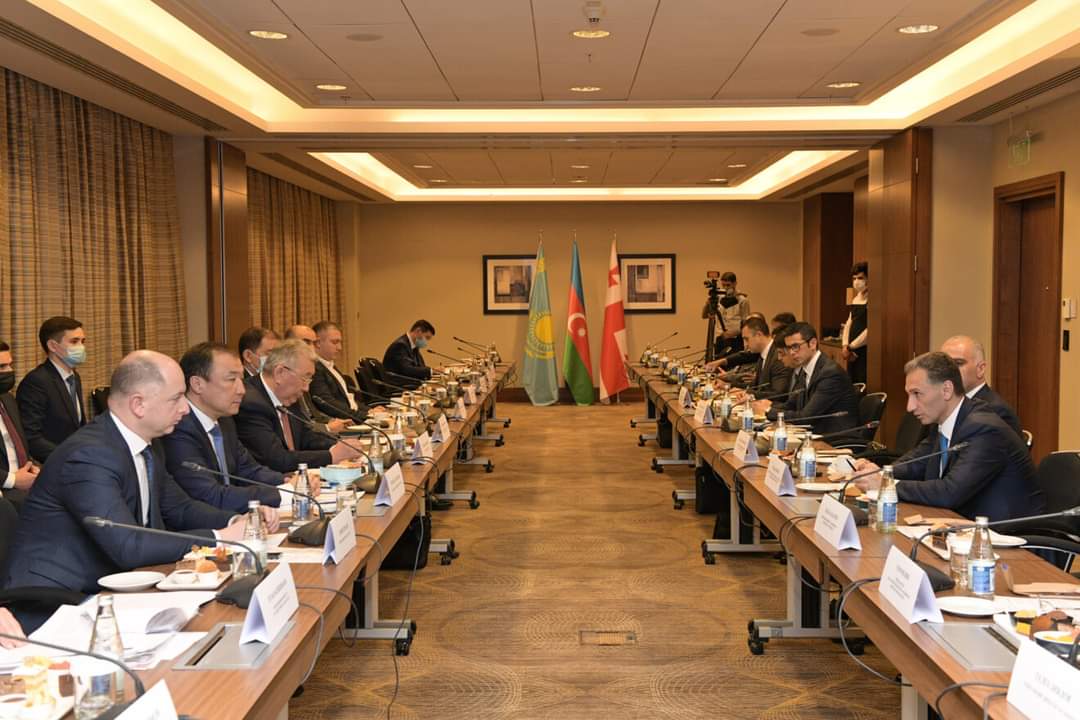 NUR-SULTAN – Kazakhstan and Azerbaijan agreed to establish a joint venture to develop the Trans-Caspian international transport route. This was announced during the meeting between the Chair of the Board of Samruk Kazyna Wealth Fund Almassadam Satkaliev and Minister of Economy of Azerbaijan Mikayil Jabbarov on March 9 in Baku.

“The new joint venture will contribute to the tariff setting and cargo declaration, ensure unified IT solutions and consolidate transit cargo on this route. The Kazakh delegation noted the importance of reorienting export cargo flows from Kazakhstan to Europe along the trans-Caspian route. The parties also noted a potential for cooperation in the field of oil transportation through Azerbaijan, which could become an alternative route,” reads the release.

Satkaliev also discussed fostering cooperation in transportation with the Minister of Digital Development and Transport of Azerbaijan Rashad Nabiyev during his visit.

Nabiyev noted that transport links between Azerbaijan and Kazakhstan are developing on the basis of positive trends, reported the minister’s press office. The unification of tariffs along the corridor, simplification and the harmonization of regulatory and customs procedures for transit cargo are important.

The officials noted that due to the recent events in the region and the geopolitical situation, demand will exceed supply, and this will affect the consumer directly. The cost of delivery and the waiting period will increase. In connection to these factors, a new framework for cooperation and the establishment of transit and transport communications is necessary.

The geographical features of Azerbaijan and Kazakhstan and their location between the largest economic centers of Europe and Asia create conditions for an efficient and well-established transport network between the countries. The construction of the Baku-Tbilisi-Kars railway line will give an additional impetus to the route development. This will reduce the delivery time from China to Turkey through Kazakhstan to 12 days.

The expected forecast volumes of cargo transportation along the Trans-Caspian route, the capacity of the Caspian Sea railways, the conditions for the reorientation of additional cargo flows, and the creation of the so-called Middle Corridor were on the agenda during the meeting.

Kazakhstan and Azerbaijan also plan to increase the number of flights, as reported by the Kazakh Ministry of Industry and Infrastructural Development on March 10.

Photo credit: Press service of the Ministry of Economy of Azerbaijan.
ASTANA