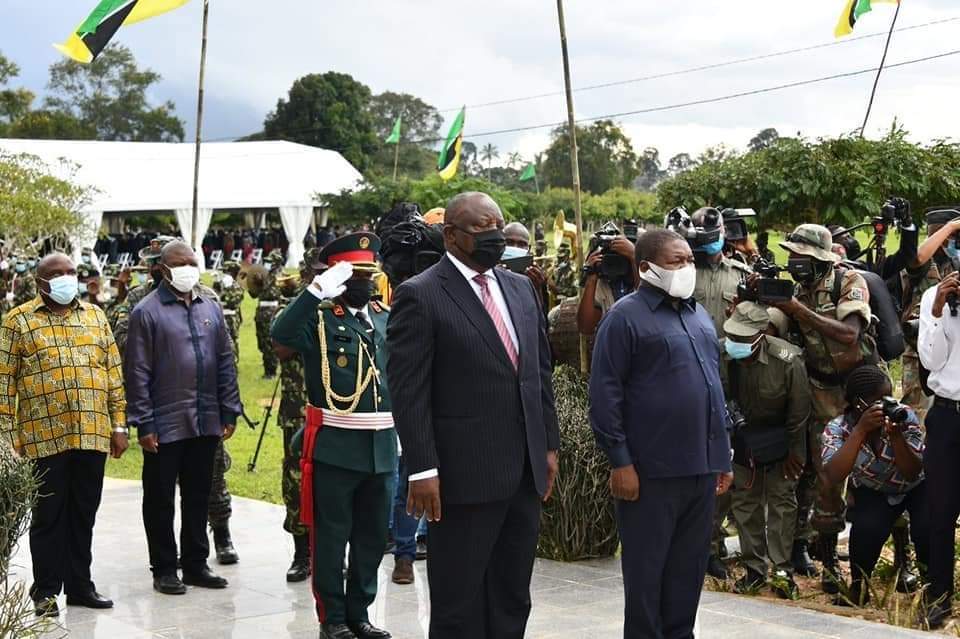 Mozambique Celebrated Heroes Day, marking an important day in the history of the liberation struggle in Mozambique as it is also the 53rd Anniversary of the assassination of founder and 1st President of FRELIMO, cde Eduardo

This week HE President Cyril Ramaphosa visited Mozambique and participated in Mozambique’s Heroes Day and the 53rd Commemoration of the assassination of Dr Eduardo Mondlane, the founder and first President of the Mozambique Liberation Front. In his addresse during the occasion of the 53rd commemoration of the Assassination of the founding President of Frelimo, Dr Eduardo Chivambo Mondlane, President Cyril Ramaphosa expressed his heartfelt gratitude to President Nyusi on behalf of the people and government of South Africa for inviting him and his delegation to be part of the commemoration.

Such occasions help us to preserve the collective memory of our shared past and reaffirm our commitment to a common future. Dr Eduardo Mondlane was a giant of the Mozambican liberation struggle, a revolutionary Pan-Africanist and an unquestionable internationalist who paid the ultimate price for the freedom of his people.

Dr Mondlane stood for human dignity, equality, freedom and social justice. He fiercely fought against the racial inequality and oppression upon which colonialism was founded. We therefore have a revolutionary duty, in his honour, to continue the fight against racial discrimination, oppression and inequality wherever they occur and whatever form they take.

A revered scholar and academic, Dr Mondlane chose the difficult path of a revolutionary, to fight for national liberation, justice, equality and the restoration of the dignity of the oppressed.

Dr Mondlane deeply loved humanity and perhaps understood better than most what Che Guevara meant when he said that the true revolutionary is guided by a great feeling of love.

As a leader, he was able to unite the broadest sections of the oppressed masses behind a common vision.

It was the vision of a Mozambique that would be free from the shackles of colonialism and imperialism and in which all would be equal regardless of race and ethnic identity.

Because of who he was and what he represented, his tragic death sharpened the resolve of all those who were in the liberation struggle to free the Continent from colonialism and all its unjust laws.

The unity of the people of Mozambique against colonialism was best expressed in the unity of FRELIMO and became the basis for the defeat of the colonisers.

President Mondlane believed in the importance of a conscious and empowered citizenry.

He understood that the education of young people is one of the most important instruments that any nation has to liberate itself from suffering and want.

We must continue to educate our youth and provide them with opportunities not only to fight poverty and unemployment, but also to become conscious, active and responsible citizens.

South Africa and Mozambique share a special relationship, which was forged over decades of our protracted struggle against colonialism and apartheid.

Our relationship is a reflection of the personal sacrifices made by the people of Mozambique in their support for South African freedom fighters.

The people of Mozambique understood that without the liberation of South Africa there could never be freedom in Southern Africa said President Ramaphosa.