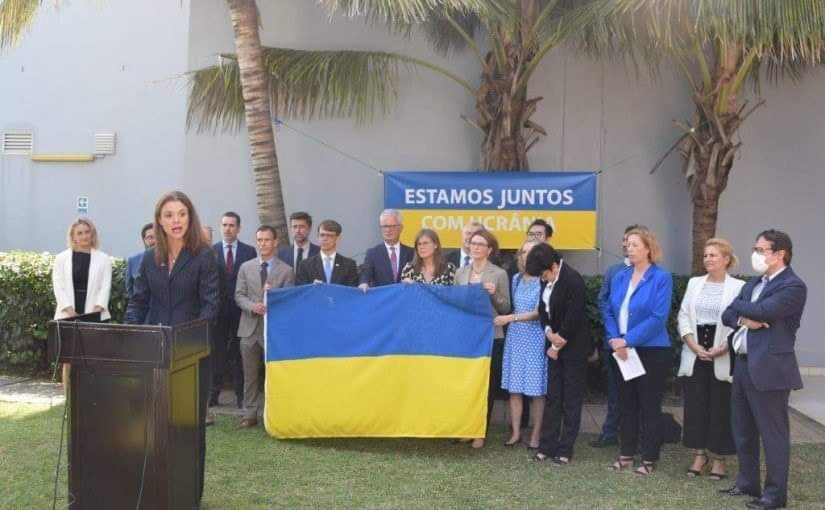 Western heads of diplomatic missions in Maputo on Monday jointly condemned the Russian invasion of Ukraine and demanded the immediate withdrawal of Russian troops.

The European Union ambassador, Antonio Gaspar, said the invasion was “an unjustified and unprovoked attack” which “violates the basic principles of international law and of the United Nations Charter”.

It had led the EU to respond with the most sweeping package of sanctions it had ever imposed.

Mozambique, he added, “knows well the sufferings of war, and has bitter memories”

Gaspar told AIM he regarded as “very serious” the threats made by Russian President Vladimir Putin against Sweden and Finland, warning them of dire consequences if they should opt to join NATO. He was also alarmed by the declared intention of the President of Belarus, Alexander Lukashenko, to station nuclear weapons on his territory.

“They are threatening a cataclysm”, said Gaspar, “but the only thing we can do is stay firm”.

The French ambassador, David Izzo, said the EU and its partners “are responding to this act of war with determination and unity”. He promised “we shall not be weak” and warned that the sanctions imposed will wreck the Russian economy and destroy the power of Russian oligarchs.

The United States Deputy Chief of Mission, Abigail Dressel, declared that ”Russia’s premeditated, unprovoked and unjustified attack on Ukraine is a threat to international peace and security, a blatant violation of international law, and an assault on the very principles that uphold global peace”.

Acknowledging “the bravery and heroism of the Ukrainian people and government”, Dressel declared “We must hold Russia accountable for its war of choice”.