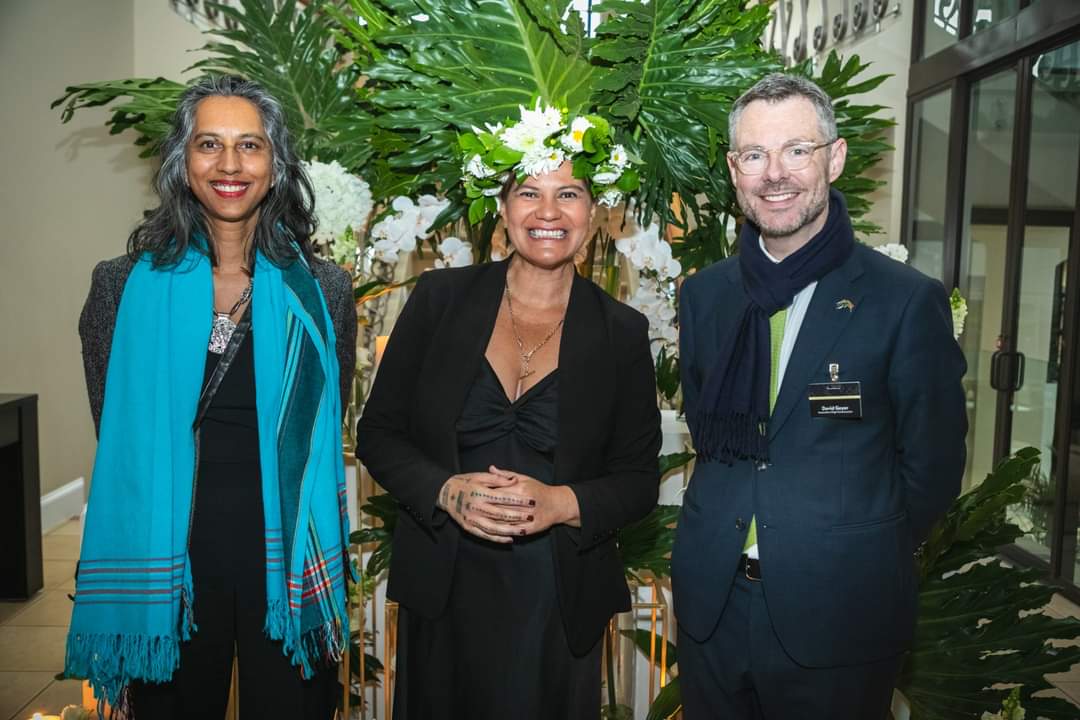 New Zealand High Commission celebrated “Matariki” a special occasion in
the New Zealand calendar which marks the start of the Māori New Year.
Signified by the Matariki cluster of stars reappearing in our night sky,
a time to reflect on the past year, celebrate the present, and plan for
the year ahead.

Matariki is a star cluster that appears in the early morning sky in New
Zealand during the mid-winter months. The star cluster is well known
throughout the world and at different times of the year can be seen
around the globe. It is one of the brightest clusters in the sky,
containing hundreds of member stars.

Matariki has different names around the world. In English, it is called
by its ancient Greek name, Pleiades or the Seven Sisters. In Hawaiian it
is Makali’i, ‘eyes of royalty’, and in Japan it is Subaru, meaning
‘gathered together’

Matariki is known as the Māori New Year in Te Ao Māori (the Māori world
view). Closely connected with the maramataka (the Māori lunar calendar),
the reappearance of the Matariki stars in the early morning sky brings
the past year to a close and marks the beginning of the New Year.
Mātauranga Māori (ancestral knowledge and wisdom) is at the heart of
celebrations of the Matariki public holiday and it will be a time for;

Remembrance – Honouring those we have lost since the last rising of
Matariki
Celebrating the present – Gathering together to give thanks for what we
have
Looking to the future – Looking forward to the promise of a new year
Historically, the stars of Matariki were also closely tied to planting,
harvesting and hunting. If the stars appeared clear and bright, it
signified an abundant season ahead.

The New Zealand High Commission in Pretoria hosted the Diplomatic Corps,
Government officials, Academia, Civil Society, South African Community
and friends at the Official Residence on 20 June to celebrate Matariki,
“The rising of the Matariki stars – known in South Africa as the
IsiLimela stars” – marked the New Year for Māori.

A highlight of the beautiful winter’s evening in Pretoria was being able
to view star clusters through high-powered telescopes.  Professor David
Buckley gave incredible insight into the scientific and mythological
significance of the Matariki star cluster, as well as Professor Derck P
Smits and Dr Andri Prozesky from UNISA helped the guests with navigating
the southern African night sky.

Tukua kia tū takitahi ngā whetū o te rangi – Each star in the sky shines
its own light (as each of us do!)

SPEECH BY HER EXCELLENCY EMMA DUNLOP-BENNETT, NEW ZEALAND HIGH
COMMISSIONER TO THE REPUBLIC OF SOUTH AFRICA
“CELEBRATING THE RISING OF THE MATARIKI STARS”

My name is Emma Dunlop-Bennett, and on behalf of Te Aka Aorere, and the
New Zealand High Commission it is my absolute honour to welcome you
tonight to celebrate with us the rising of the Matariki stars.  We have
a diverse collective of people – senior members of the government,
ambassadors, business, civil society, academia and honorary consuls here
tonight. However, once you enter into Aotearoa’s house, you become
whanau – family. So welcome to Aotearoa’s house as whanau!

Matariki is a cluster of nine stars, which you may know as Pleiades.
Māori believe that appearance of Matariki in the morning sky in
mid-winter marks the Māori New Year.  Each of the nine stars symbolise a
particular aspect of the environment.  You will see nine easels with
posters depicting each star, through a te ao Māori lens, designed by a
Māori design student Jordan Tane.

For our tūpuna, our Māori ancestors, astronomy was interwoven with all
facets of life. Meticulous observations of the movements of the stars
and planets, the changing position of the sun, and the phases of the
moon were recorded and handed down from generation to generation.  The
knowledge was connected to seasonal activities such as planting and
harvesting of crops. If we take our Tohu wine, that we are serving
tonight for example, the appearance of the Matariki stars signals a time
to start planning and planting the grapes, while the disappearance of
the stars in autumn is a signal to harvest the grapes.

Matariki is an opportunity for us to come together and reflect on the
year that has passed, to celebrate the present, and to plan for the
future.  It is time where we reflect, remember, reconnect and renew, and
that is what lies at the heart of our coming together tonight.

When I reflect on the year that has passed:

•       I remember the passing of loved ones, the impact of events such as
COVID 19, the invasion of Ukraine, and the devastating floods in Kwa
Zulu Natal.
•       I also remember the good, and indeed focus on the good – the
resilience of people, their strength and their kindness.  Since I
arrived in South Africa as far back as 1999, the people’s overwhelming
kindness has humbled me.

As we look forward, I am excited at what lies ahead; I do have a sense
of optimism. Why? For many reasons, but the key one is connection.  When
I look around this room and see all of us together connecting in person,
we strengthen whanaungatanga. Whanaungatanga is the deep connection that
we make when we prioritise relationships.  Good always comes from when
we connect as whanaungatanga.

For me – as well as the New Zealand High Commission team –
whanaungatanga underpins everything we do in South Africa.  And over the
five months that I have been here, I have seen this whanaungatanga being
reciprocated on a daily basis by the government of South Africa, as well
as its people.

In line with whanaugatanga within the New Zealand High Commission, I
want to acknowledge the team tonight who have worked tirelessly to make
Matariki a success.  There is a Māori whakatauke:  mā te tika o muri –
ka tika a mua, which translates as: it is only through the efforts of
those who work at the back that the front can flourish.  This is
certainly true for tonight.  Thank you.

In celebrating Matariki, we are lucky tonight to have astronomical
expertise to allow us all to participate in some star gazing tonight,
and to learn a little bit more about the incredible sky above us. I am
delighted to introduce Professor David Buckley. David is an astronomer,
and currently is the Southern African Large Telescope Global Ambassador.
Another great example of a New Zealand – South African partnership.
Following advanced studies in New Zealand and Australia, David took up a
Postdoctoral Fellowship at the University of Cape Town before moving to
the South African Astronomical Observatory.  He worked there for over 30
years before retiring in January 2022. The Professor has an incredible
wealth of experience, and he will say a few words about Matariki.

As many of you know, some of my favourite things are flags, national
anthems and a good country crest. Therefore, as Professor Buckley is
making his way to the podium, we will play the national anthems of South
Africa and Aotearoa New Zealand.
#NewzealandSARelations
#NewZealandHighCommissionSA
#Matarikicelebrations
#MatarikiinSA