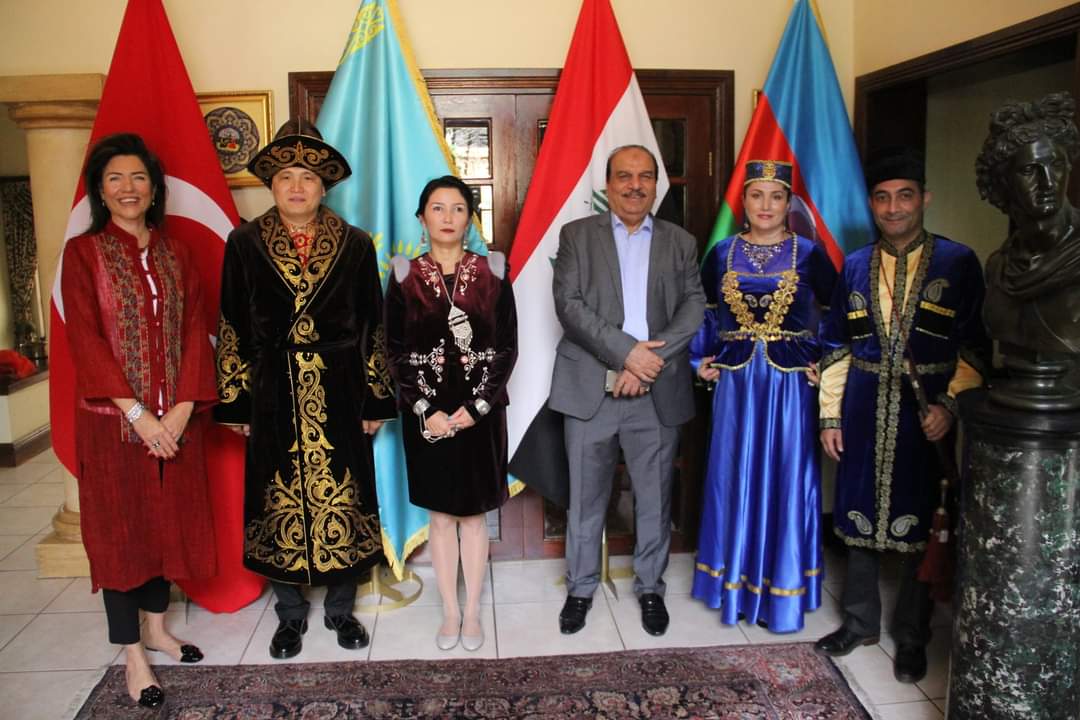 This was the first time the Embassies organized Nowruz event and celebrated together. The event was attended by other Heads of Missions accredited to South Africa, Chief of State Protocol and Acting Director General of the Department of International Relations and Cooperation, Ambassador Losi, Diplomatic Staff, citizens of the different Embassies living in South Africa, as well as South African citizens.

In his opening speech Ambassador Kanat Tumysh of Kazakhstan to South Africa said “Nowruz is a Festivity of the first day of Spring, celebrated on the day of the astronomical vernal equinox in the Northern Hemisphere proclaimed by the United Nations General Assembly in its resolution. Nowruz festival symbolizes the dawn of Spring. It is the time when Mother Nature rejoices with new creations, and marks our cosmic as well as human resurrection. Nowruz is also the rebirth of the human spirit, and portrays the triumph of the forces of light over darkness, and showers goodness everywhere. The spirit of Nowruz, should inspire us all. This festivity lays the foundations of human wellbeing and preserving the precious resources of our Planet. It is also committing us to promote human dignity, justice, equality, inclusive dialogue and a people-centred development, guided by a deep conviction in partnerships and collaboration. In today’s realities we understand the ancient tradition of Nowruz in this very direction.  Yet, the day of the spring equinox, celebrated in the country of Great Steppe from ancient times, symbolizes goodness, wealth, happiness, love and a great friendship.

Given the difficult times that humanity has gone through last year and is still going through with the COVID-19 pandemic, the celebration of Nowruz this year is also a time for us to celebrate the resilience of the human spirit. We look to it with a spirit of optimism and hope that the coming year brings with it health, happiness and prosperity for all of us. Said Ambassador Kanat Tumysh. H.E. Ambassador Elif Comoglu Ulgen of Turkey also said Nowruz is a centuries old Turkic tradition! the culture which has been woven in throughout history.

During the event performances were presented and the guests tasted Kazakh, Turkish, Azerbaijani and Iraq national cuisine.

The Chief of State Protocol and Acting Director General, of the Department of International Relation Ambassador Losi, also extended her warmest greetings on the occasion of Nowruz, saying that she was glad to join the important celebrations which holds a special significance from a social, cultural and religious point of view. Events such as Nowruz celebration are important as it show cases part of the different cultures a reflection of diversity and richness promoting the efforts of cultural diplomacy.