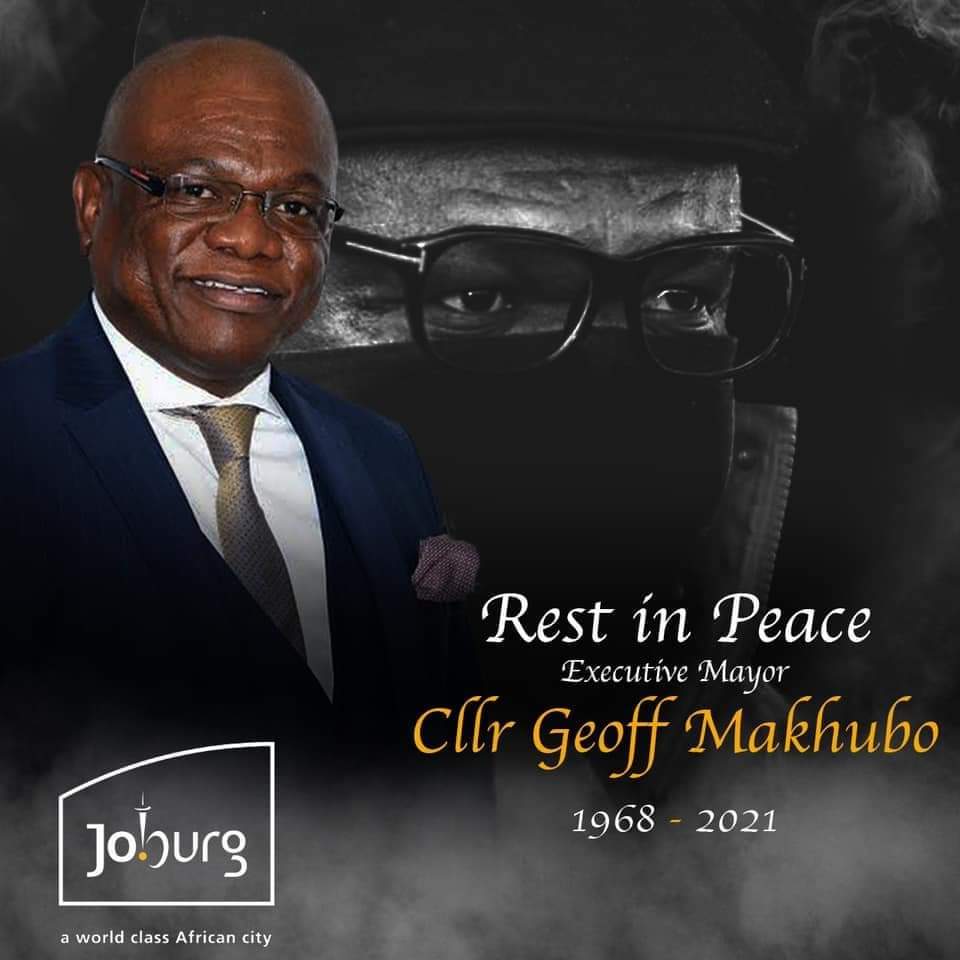 The President extends his deep condolences to the family, friends, colleagues and comrades of the late mayor.

“The passing of Mayor Makhubo is a stark reminder of the threat posed by this deadly pandemic against which we are all extremely vulnerable,” President Ramaphosa said.

The President lauded Mayor Makhubo for his contribution to the national effort to fight the pandemic.

“Since he received his own diagnosis in June this year, Mayor Makhubo regularly posted public health messages urging people to take responsibility for their own safety and that of others,” President Ramaphosa said.

The President also paid tribute to Mayor Makhubo as an experienced public servant in the City of Johannesburg, including as Member of the Mayoral Committee for Finance (MMC), as leader of the opposition in council, and then as Mayor.

“Losing Cllr. Makhubo at such a difficult time for the City of Johannesburg and the country is a blow; our thoughts and prayers are with the family and with his colleagues at this difficult time.”