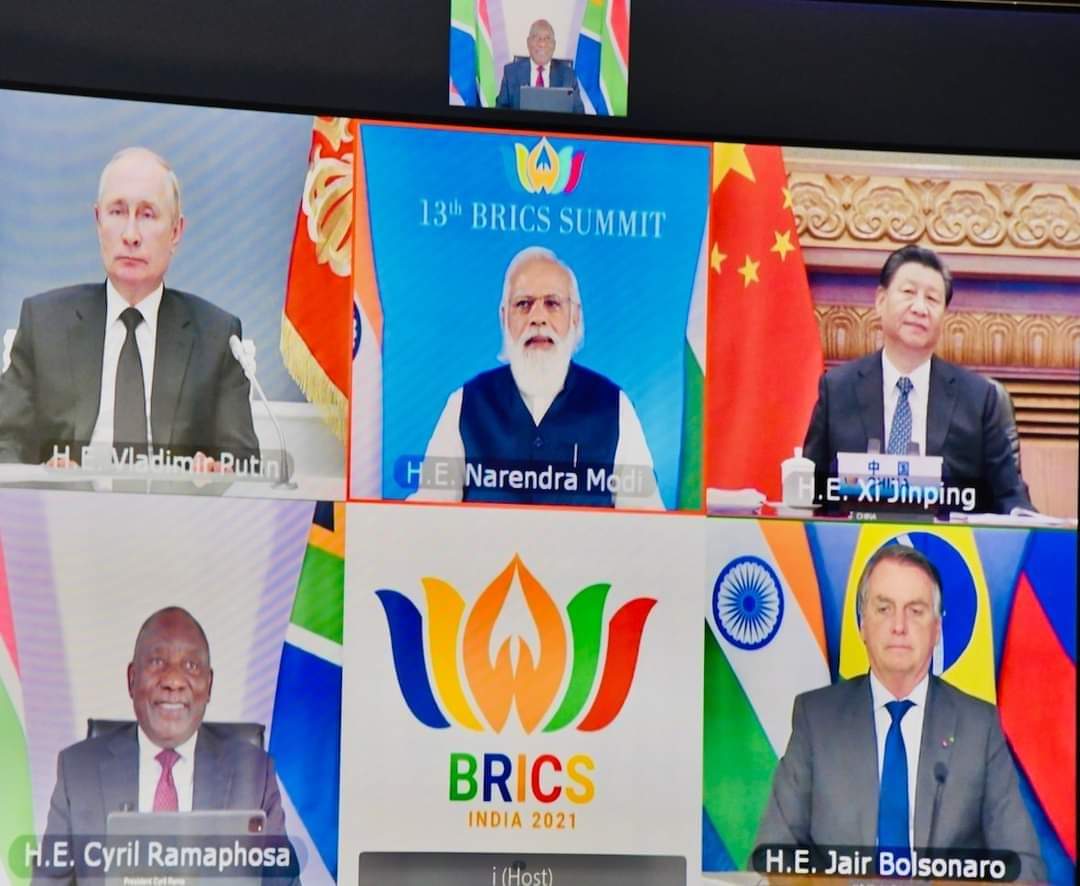 President Cyril Ramaphosa will lead South Africa’s participation in the virtual 14th BRICS Leaders’ Summit hosted by the People’s Republic of China from 23 to 24 June 2022.

The Summit will be chaired by President Xi Jinping of the People’s Republic of China, as Chair of BRICS for 2022, under the theme “Foster High-quality BRICS Partnership; Usher in a New Era for Global Development”.

BRICS is a grouping of five major emerging economies – Brazil, Russia, India, China and South Africa – which together represent about 41% of the world’s population, 26% of the planet’s land mass across four of the continents, 25% of global GDP and 20% of world trade.

The grouping was established as a forum of like-minded, progressive emerging market and developing countries.

This association is committed to restructuring the global political, economic, and financial architecture to be more inclusive, fair, representative, and democratic with meaningful and greater participation of developing countries.

The Leaders will focus on strengthening intra-BRICS relations and mutually beneficial cooperation across the BRICS pillars of cooperation, namely, political and security, economic and finance, social, and people-to-people partnership.

The Summit will also consider for adoption the BRICS 2022 Beijing Declaration that emphasises the priorities of the Chinese Chairship in 2022.

These priorities entail the three BRICS pillars of cooperation; enhancing trust, communication and coordination on global and regional issues; deepening practical cooperation in all fields, and enhancing dialogue and cooperation with other emerging markets and developing countries to broaden South-South cooperation for common development and prosperity.

Among the expected outcomes for this Summit are a standalone BRICS High-level Meeting on Climate Change; the adoption of an Action Plan for the Implementation of the Agreement between the Governments of the BRICS States on Cooperation in the Field of Culture, as well as the adoption of a BRICS Digital Economy Partnership Framework.

In this regard, President Xi Jinping, as Chair of BRICS 2022, has invited Leaders from a number of emerging markets and developing countries to join the BRICS Leaders for a virtual High-Level Dialogue on Global Development under the theme: “Foster a Global Development Partnership for the New Era to Jointly Implement the 2030 Agenda for Sustainable Development”.

South Africa’s membership of BRICS enables the country to employ additional and powerful tools in its fight to address its domestic triple challenges of unemployment, poverty and inequality through science, technology and innovation, energy, health, and education cooperation, as well as through BRICS financing for infrastructure development, capacity building, research, educational and skilling, trade, investment, and tourism opportunities.

South Africa has made concerted efforts to place the African Continent and the Global South on the agenda of BRICS and to harmonise policies adopted in regional and international fora particularly Africa’s Agenda 2063 and the 2030 Agenda for Sustainable Development.

President Ramaphosa will on Wednesday, 22 April 2022, deliver a pre-recorded message at the opening ceremony of the BRICS Business Forum, scheduled for 13h00 SAST.

The President will also participate at the opening ceremony of the BRICS Leaders’ Summit on Thursday, 23 June 2022, as well as the BRICS High-level Dialogue on Global Development scheduled for Friday, 24 June 2022.