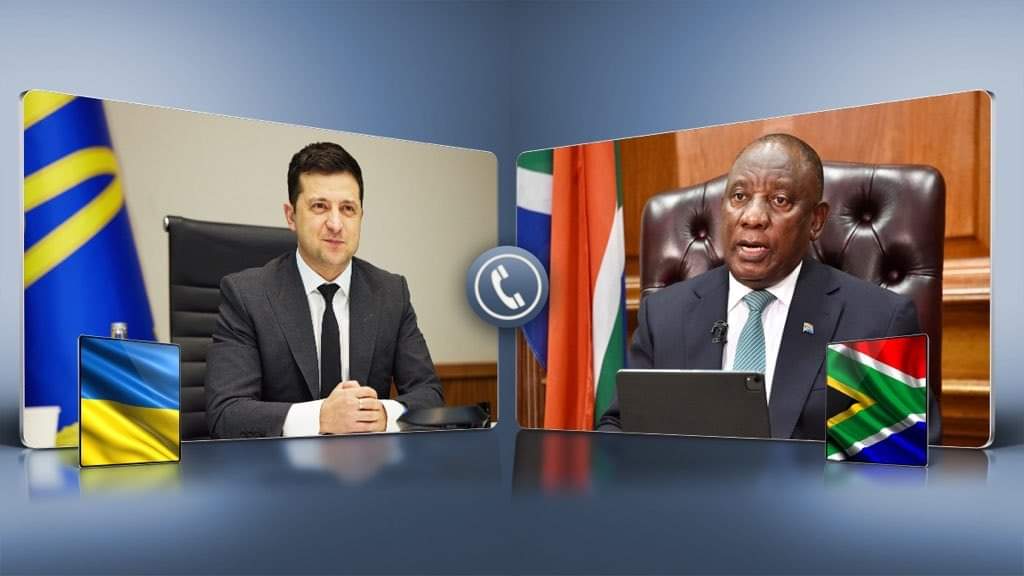 President Ramaphosa and President  Zelenskyy of Ukraine had a telephone conversation. The two Heads of State discussed the conflict in Ukraine and its tragic human cost, as well as its global ramifications.

This comes after Zelensky had revealed on Wednesday that he had a telephone discussion with Ramaphosa over the situation in Ukraine.

President Zelenskyy tweeted; “ I had a telephone conversation with President @ZelenskyyUa of Ukraine to discuss the conflict in Ukraine and its tragic human cost, as well its global ramifications. We agree on the need for a negotiated end to the conflict which has impacted Ukraine’s place in global supply chains, including its position as a major exporter of food to our continent. President Zelenskyy anticipates closer relations with Africa in future.”

The discussion between Ramaphosa and Zelensky comes after the government has been calling for dialogue between Russia and Ukraine to end hostilities. It’s over seven weeks since the war started and it has intensified.

The UN agencies have reported that millions of people from Ukraine have been displaced with more than 4.5 million in neighbouring countries in Europe.