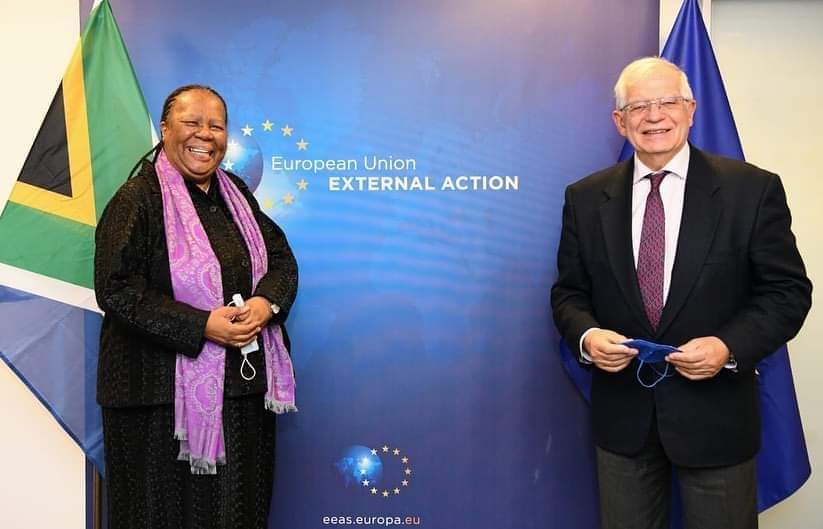 Minister of International Relations and Cooperation, Dr. Naledi Pandor, has concluded her successful visit to the Kingdom of Belgium, where she held a series of meetings aimed at strengthening cooperation between South Africa and Belgium and between South Africa and the European Union (EU). Minister Pandor met Belgian and EU representatives on 19 November 2021 in Brussels.

From Belgium, Minister Pandor will proceed to The Hague in the Netherlands, where she will take part in the Second Meeting of the South Africa-Netherlands Joint Commission for Cooperation (JCC). The meeting will be chaired by Dr. Ben Knapen, the Minister of Foreign Affairs of the Netherlands.

In addition to the JCC, the Minister will also meet with the CEO of the Port of Rotterdam and undertake a tour of the Port. The Port has recently signed a Memorandum of Understanding with the Northern Cape Economic Development Agency for the development of the Port of Boegoebaai.

Latest figures show that total trade between South Africa and the Netherlands increased by 28%, from R70 billion in 2020 to R89 billion during the twelve months to end of June 2021. The sharp increase can be ascribed to the surge in commodity exports over recent months.

It is expected that the JCC will focus on expanding cooperation between the two countries on bilateral and multilateral issues.

In particular, the JCC will discuss bilateral cooperation in the areas of trade and investment, agriculture and water, arts and culture as well as science and innovation.

On multilateral affairs, the two delegations will discuss cooperation on matters relating to the COVID-19 pandemic, peace and security and human rights.