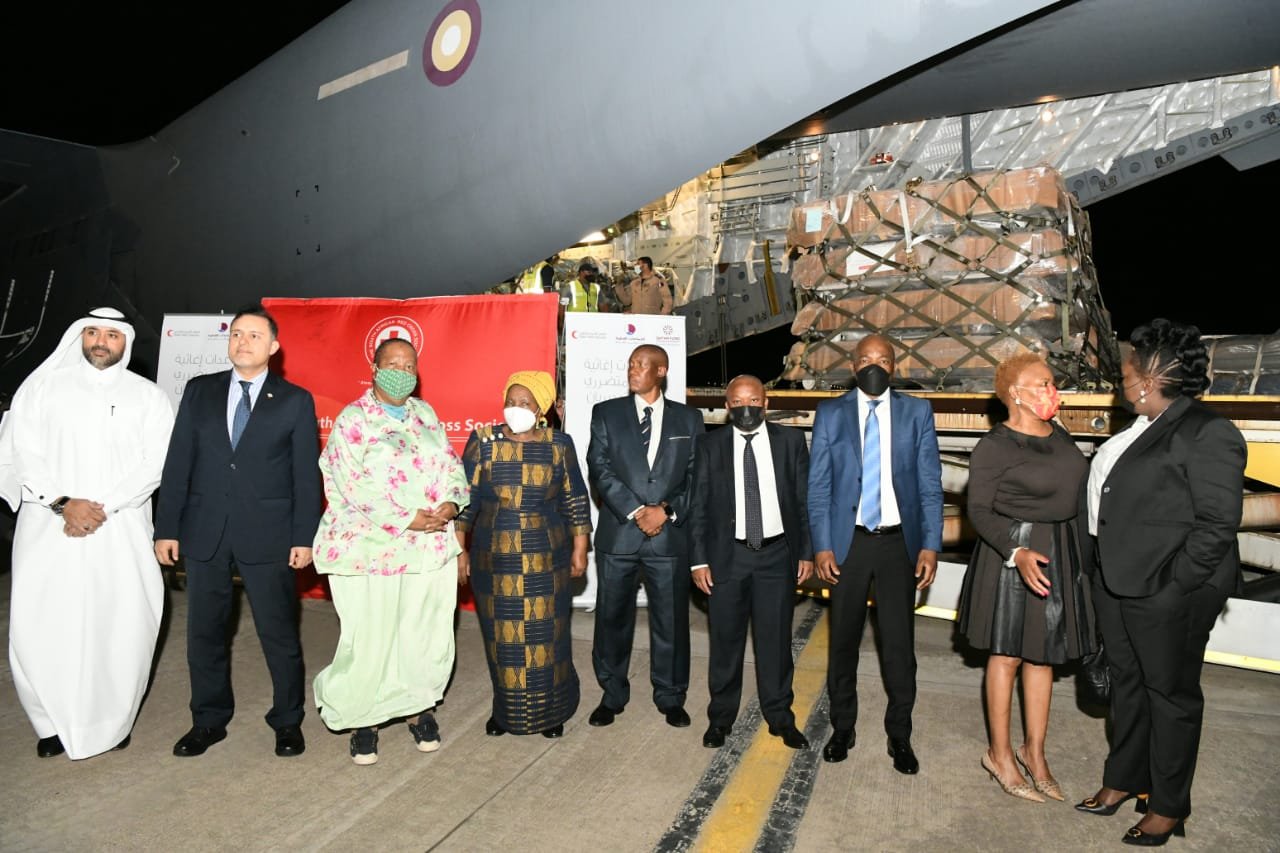 Government has welcomed much-needed humanitarian aid from the State of Qatar, as it is expected to bolster efforts in response to the devastating floods that recently hit KwaZulu-Natal.

Addressing a media briefing on interventions and the much-needed humanitarian aid from the State of Qatar following the devastating floods, Minister of Cooperative Governance and Traditional Affairs (CoGTA), Dr Nkosazana Dlamini-Zuma, said government has prioritised finding shelter for people who have been displaced.

“We have started moving some of them to temporary residential units and the process has been a bit slow because we need to get new land. We can’t put them on the floodplains where their houses were washed away by the floods,” she said at a briefing in eThekwini on Sunday. To date, 459 people have lost their lives in the floods that took place in April. According to police, 88 people are still reported missing.

“The province has started building temporary residences for affected families on State-owned land parcels that have been identified in KwaZulu-Natal for possible resettlement.

“Our rebuilding does not only involve the construction and repair of major infrastructure but also the construction of houses and damaged infrastructure.  Houses will be rebuilt within suitably located areas. We are implementing measures to protect residents from such adverse weather events in the future,” Zikalala said.

“These costs exclude new ones emanating from the May floods. Some areas of our province have been transformed by the floods into inaccessible ‘islands’,” the Premier said.

Extensive work is underway to restore basic services such as water, electricity, sanitation and waste removal.

“The N2 towards uMgababa, which was damaged and made it difficult to access areas in the South Coast, was re-opened on Friday.  We successfully constructed an emergency lane in a period of seven weeks.

“[With regards to] the recovery of the full width of the N2 north of Durban after the Gateway interchange, construction is progressing well and we anticipate to open the closed lane in the next two weeks or earlier.  More work to rebuild infrastructure and secure suitable land for housing is being done,” Zikalala said.

The Premier recognised the growth and strengthening of the bilateral and trade relations between Qatar and South Africa, which continue to yield positive results for both countries.

“We also salute the transnational humanitarian work of the Red Crescent in bringing relief to the vulnerable and desperate in their greatest hour of need.  The personal protective equipment (PPE) and disaster relief equipment will be of enormous value to us. Beyond this, the expertise of the technical team of the Red Crescent will enhance our own capacity in dealing with disasters,” he said.

“We hope this plight will be over soon. Our team will be here on the ground for a couple of weeks to participate and assist with the distribution as well as the management of the disaster response,” he said.

“What we are experiencing today is true international friendship from the people and government of Qatar, and we are most excited because this is an expansion of a relationship that has existed over a number of years.

“I am excited that a team will be in KwaZulu-Natal for just over two weeks. I think this is incredibly important. It is not just bringing an aeroplane load of humanitarian aid. It’s also carrying out an assessment on what the needs on the ground are, what further support might be needed or rendered by the State of Qatar to South Africa,” Pandor said. – SAnews.gov.za #QatarSARelations #Qatar #SouthAfricagovernment #humanitarianaid #Diplomacy