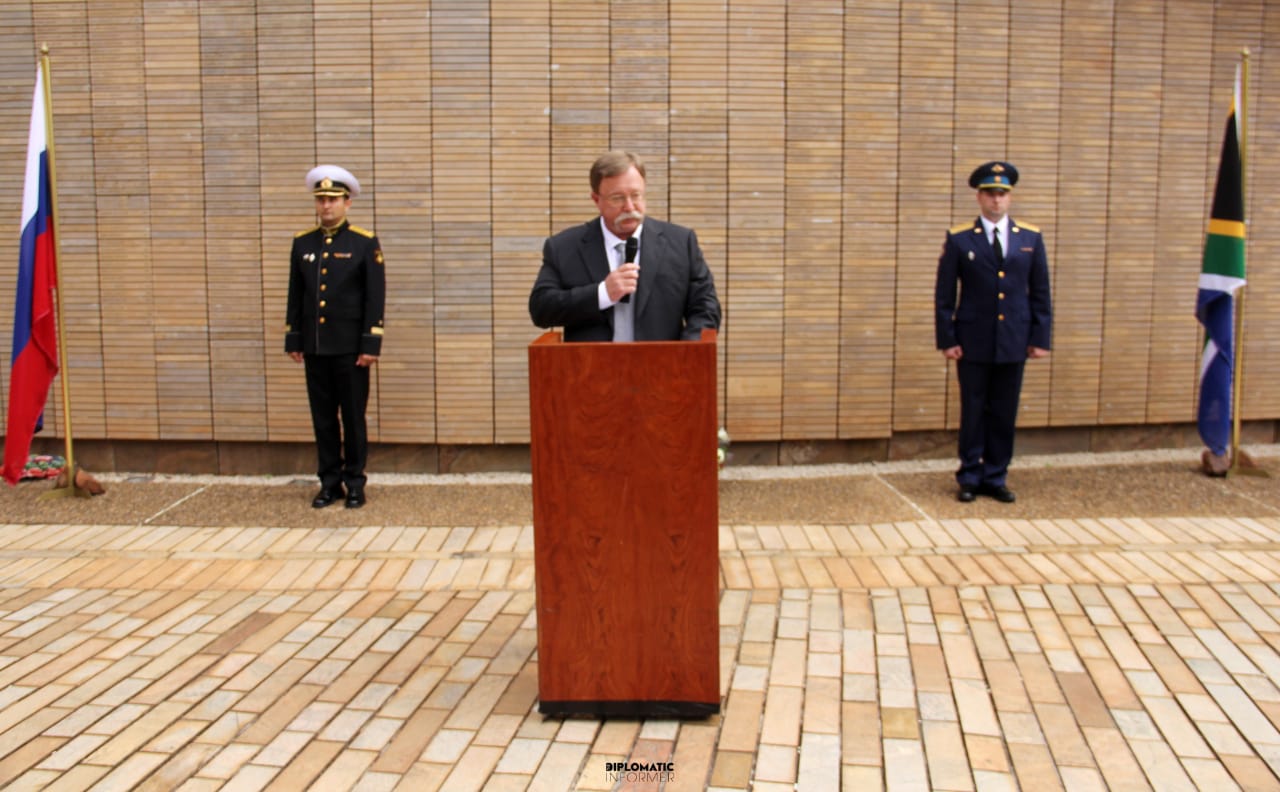 Embassy of the Russian Federation
in the Republic of South Africa Ambassador of Russia to South Africa H.E.Mr. Ilya Rogachev took part in the
flower laying ceremony at the Wall of Names in “Freedom Park” memorial
complex. The event was timed to the anniversary of unveiling the Russian section
on the Wall comprising the names of 67 Soviet/Russian military experts who had
died in the armed conflicts in the region of Southern Africa.

The ceremony was attended by Ambassador of Belarus Alexander Sidoruk,
Russian Defense Attaché Dmitry Priimachuk, staff of the Embassies of Russia and
Belarus. Veterans of the South African organization “Umkhonto we Sizwe” which
had conducted armed anti-apartheid struggle in 60s-90s of the XX century were the
guests of honour at the ceremony. In his address to the participants of the event, H.E.Mr. Ilya Rogachev indicated the
preservation of historical legacy as one of the principal points on Russian – South
African agenda. “I would like to express gratitude to everyone for finding time to
pay tribute to the fallen heroes. Thank you all for your attention to our common
history,” the Ambassador said.

For his part, “Umkhonto we Sizwe” General Mr. Abel Nontshweleka reminded of
the assistance provided to the liberation movements in Southern Africa by the
Soviet Union and thanked the authorities of Pretoria for their decision to perpetuate
the memory of Soviet servicemen on the Wall of Names.

“No matter what happens in future, we will continue to tell our children and the
children’s children about the Soviet contribution to the freedom that we enjoy in
South Africa and in southern Africa,” noted General A.Nontshweleka.