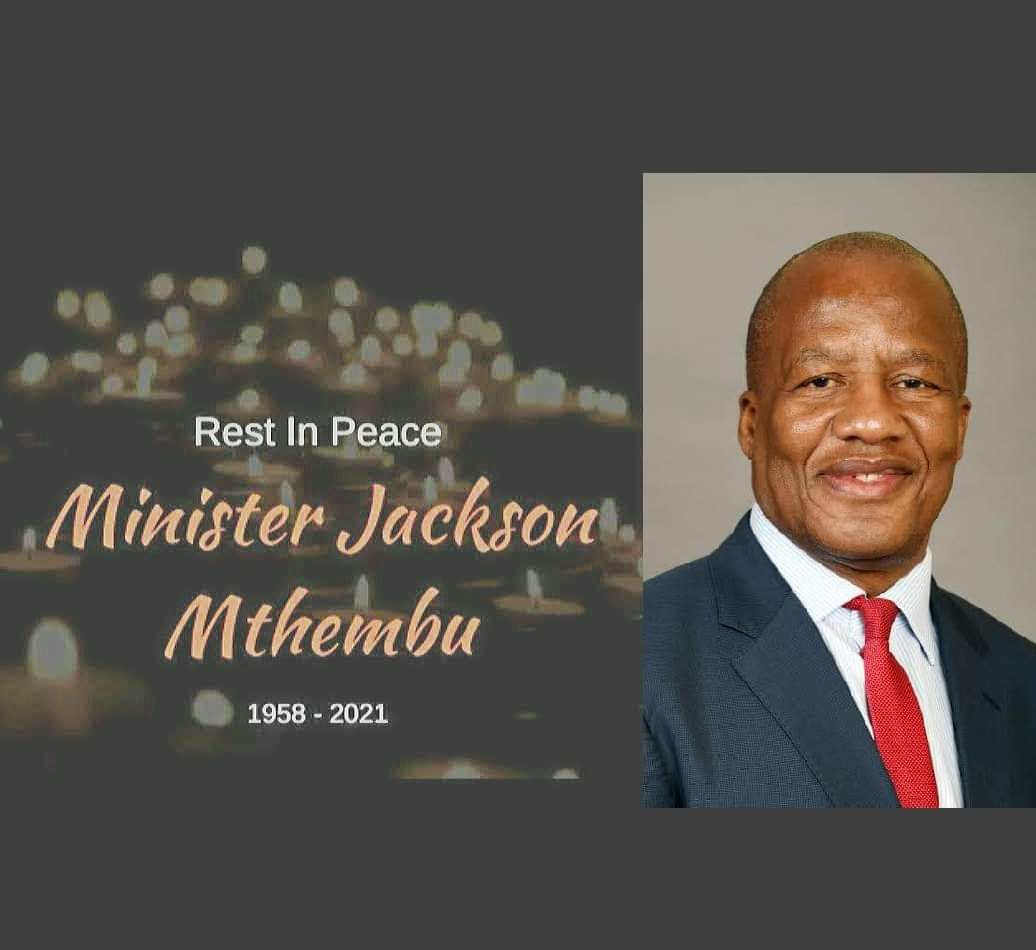 The Diplomatic Informer Magazine SA has learned with shock and sadness on the passing on of the Minister in the Presidency Jackson Mthembu – the communicator par excellence, who was loved and respected by the media and the general public for his humility and honesty.

Minister Jackson Mthembu dedicated his life to the principle that all human beings are endowed with inalienable rights. His commitment to democracy and fundamental human rights stands as a monument that will remain long after his passing.

The Diplomatic Informer Magazine SA wishes to extend our heartfelt and deepest sincere condolences to the Mthembu family, the ANC, the Government and the people of the Republic of South Africa, friends, comrades and associates of Minister Jackson Mthembu in South Africa and around the World who mourn his passing.

Surely, the ANC, the Government and the people of South Africa have been robbed of a committed, exemplary leader and a true professional.