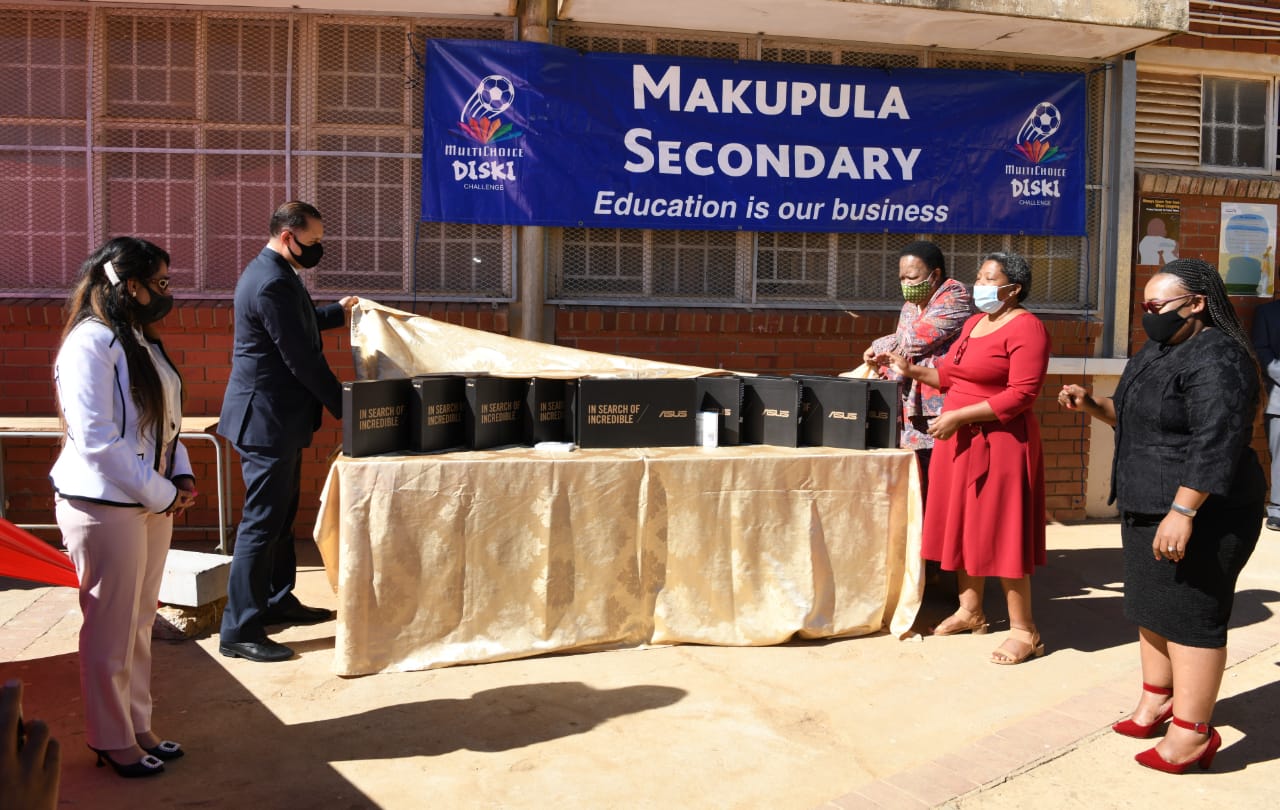 H.E Ambassador Tariq Ali Faraj Al-Ansari of the State of Qatar accompanied Honourable Minister of International Relations and Cooperation, Dr Naledi Pandor on a visit to schools in Stellenbosch, Western Cape, on 5th March. The visit was part of her department’s
“back to school” campaign, aimed at encouraging learners to focus on Education, which is one of the government’s key priorities, as well as to develop the learners’ knowledge on South Africa’s International Relations and career prospects in Diplomacy”

In her remarks, the Honourable Minister Dr. Naledi Pandor, thanked the Embassy of Qatar for their generosity and said “the donation will lay a solid foundation for the future generation in the community”.

In a symbolic gesture of friendship and solidarity, the Embassy of the State of Qatar donated computers to the schools, for which the Minister, School and students were grateful.

Ambassador Tariq Ali Faraj Al-Ansari also commended the leadership of President Cyril Ramaphosa and his government for what it is doing to uplift the Youth and prepare them for positions of future leadership as captains of industry. In the same vein, he hailed women as the bedrock of society, and used the Minister as an example of impressive women. During his speech, he also took the opportunity to remind attendees that
Qatar will be the next hosts of the FIFA World cup in November 2022 in Doha.

He also noted that the Qatar Vision 2030 puts education at the centre, something that is critical for the development of the small Gulf nation. Qatar will use ICT to enhance education, health and social services within this strategy.

He finally implored the Youth to become believers in international cooperation because that is the only way to achieve progress.

He also urged the Youth to respect teachers and elders as part of their lifelong learning.