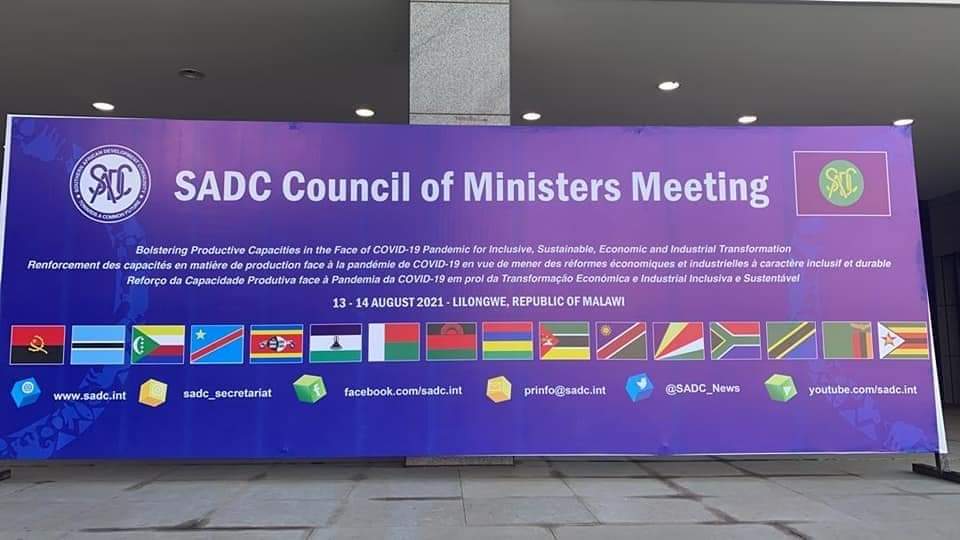 The Ordinary Meeting of the SADC Council of Ministers commenced on, 13 August 2021, in Lilongwe, Malawi, in preparation for the 41st SADC SUMMIT to be held from 17-18 August 2021. The Meeting is being held in hybrid format (with virtual and physical participation).

The Meeting will consider, amongst others:

Namibia will formally request the support of the SADC Region for the country’s candidate, Prof. Dr. Kenneth Kamwi Matengu, Vice-Chancellor of the University of Namibia, for the position of President of the Pan-African University.

Hon. Netumbo Nandi-Ndaitwah, Deputy Prime Minister and Minister of International Relations and Cooperation led the Namibian Delegation to the Council. She was accompanied virtually by Hon. Doreen Sioka, Minister of Gender Equality, Poverty Eradication, and Social Welfare, Hon. Lucia Iipumbu, Minister of Industrialisation and Trade, Hon. Kornelia Shilunga, Deputy Minister of Mines and Energy, Hon. Dr. Esther Muinjangue, Deputy Minister of Health and Social Services, and Senior Government Officials. She was also accompanied at the Meeting by HE Asser Kapere, High Commissioner of Namibia to Botswana/SADC.