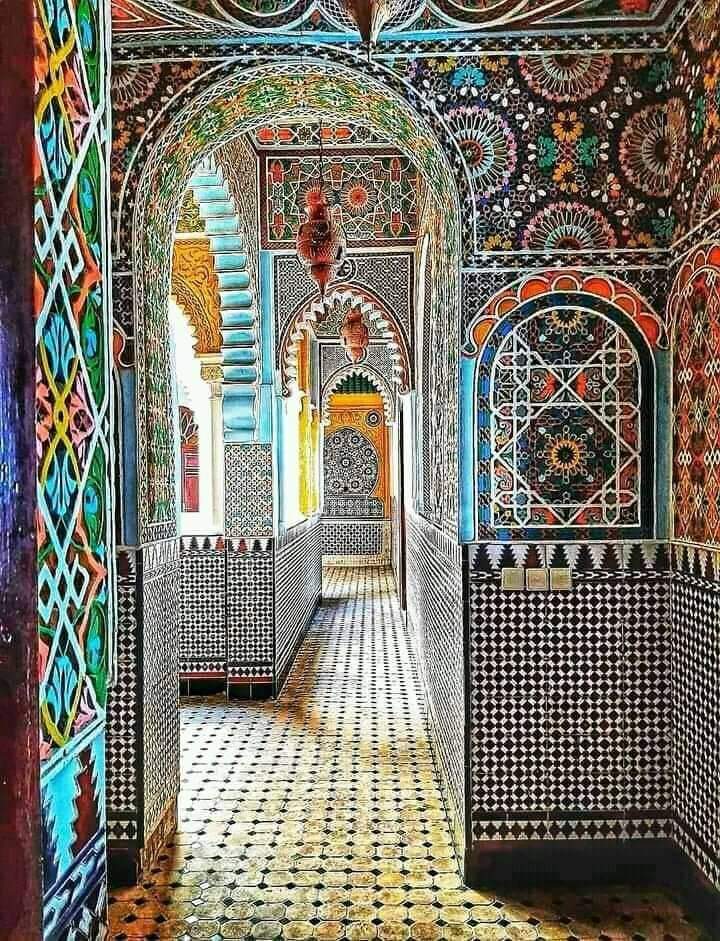 We bring you The architecture of Morocco 🇲🇦🇲🇦🇲🇦

Moroccan architecture dates from 110 BCE with the massive pisé (mud brick) buildings. The architecture has been influenced by Islamization during the Idrisid dynasty, Moorish exiles from Spain, and also by France who occupied Morocco in 1912. Morocco is in Northern-Africa bordering the Mediterranean and the Atlantic.

Modern architecture in Morocco includes many examples of early 20th-century Art Deco and local neo-Moorish (or Mauresque) architecture constructed during the French (and Spanish) colonial occupation of the country between 1912 and 1956 (or until 1958 for Spain).

Moroccan patterns use shapes likes circles and triangles in symmetric and repetitive ways, creating a beautiful harmony. This brilliant superposition of geometric shapes creates an illusion of depth and movement, even though there are is no shading and everything is two-dimensional, which is pretty amazing.