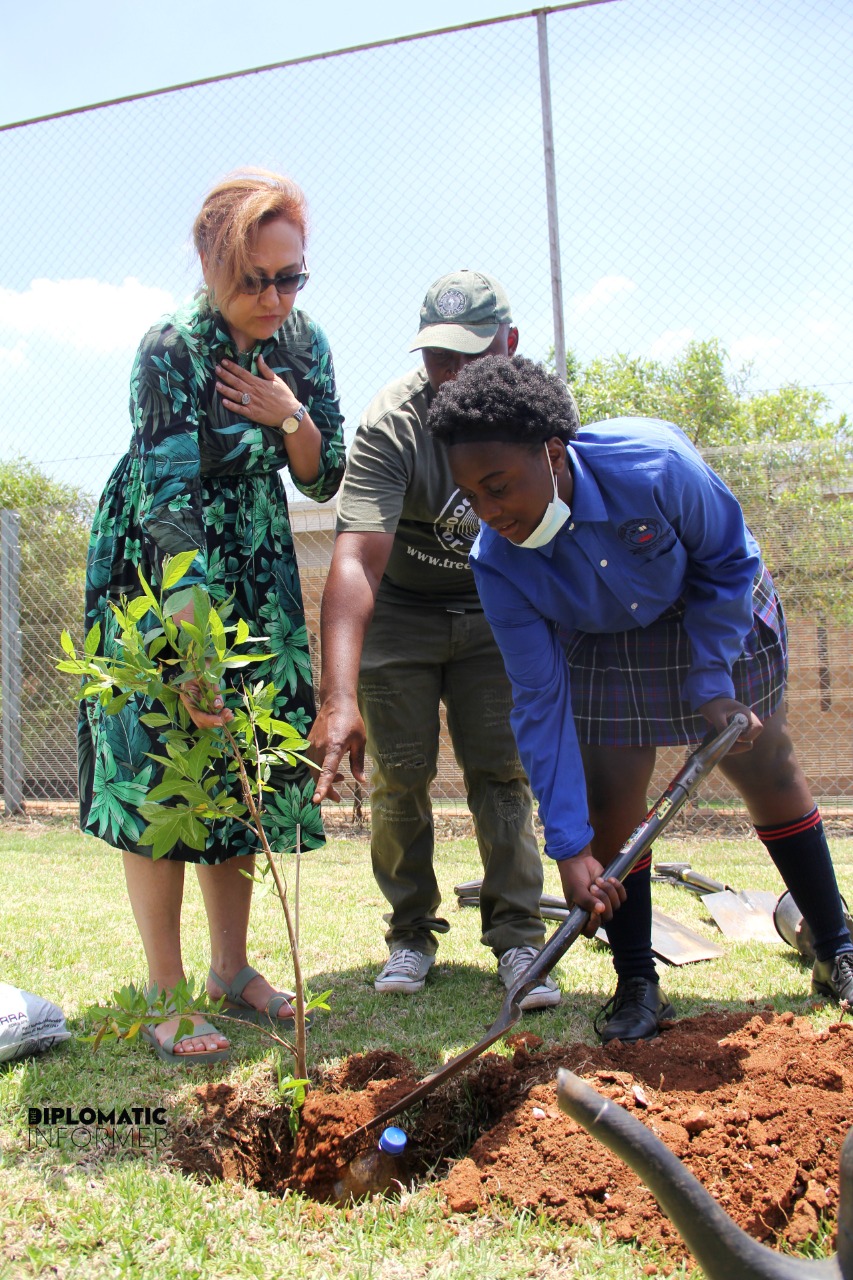 In her remarks Turkish Ambassador Her Excellency Ms Ayşegül Kandaş said ” November 11 was declared as the National   “Afforestation Day” through a Presidential Decree. The aim was to see the state and citizens planting trees all over Turkey every year on November 11 at 11.11, with the target of planting a total of 7 billion saplings by end 2023. Thus planting 3 saplings for each citizen. Ambassador said “until the end of this year the aim is to plant 21 million  815 thousand trees in Mugla”, one of the cities that lost many hectares of forest land due to the horrible fires of the past summer in Turkey. In closing Ambassador Ayşegül Kandaş ended with a quote from a famous Turkish Poet Nazim Hikmet:
To live! Like a tree alone and free
Like a forest in brotherhood
THIS YEARNING IS OURS!!!!!

The ‘Yunus Emre Friendly and Memorial Forest’  forms a comfortable oasis of calm for peace, safety, tranquility and happiness in the public park of the Shesegon Secondary School, corresponding to the growth of environmental awareness and the objectives of the UN Sustainable Development Goals,”

By: The Diplomatic Informer Magazine SA