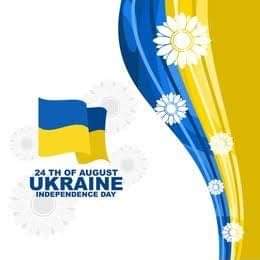 Today, Ukraine commemorates Independence Day, in the midst of war crisis, we pay tribute to the strength & courage of the Ukrainian people.
Today some veterans are on the frontline and some died as heroes in the past horrible 6 months. Ukrainian people are showing outstanding courage in fight for their country and values of the free and democratic world.

The Diplomatic Informer Magazine wishes the Government and the people of Ukraine recovery, peace, unity & prosperity in the years ahead.

Ukraine Independence Day is always celebrated on August 24th and marks Ukraine’s declaration of independence from the U.S.S.R. in 1991.

The start of the 1990s saw the collapse of the Soviet Union. On July 16th 1990, the Ukrainian government had declared state sovereignty. July 16th was celebrated as Independence Day one year later.

In August 1991, there was a failed coup to restore the communist rule in the Soviet Union. As a result of the attempted coup and increasing fears about a return to Soviet rule, the people’s deputies brought the Ukrainian flag into the session hall of the Verkhovna Rada.

On August 24th, the Act of Independence of Ukraine was adopted by the Ukrainian parliament, and a yellow and blue flag appeared on the building of the Verkhovna Rada.

A condition of the declaration was that a national referendum should take place on December 1st 1991. Despite outside concerns that Ukraine could split into east and west, the turnout was over 80% and the result of the referendum was that over 92% voted in favour of their independence.

In June 1992, Parliament voted for an amendment to the legislative framework, according to which July 16th was officially replaced by August 24th as Ukraine’s Independence Day.