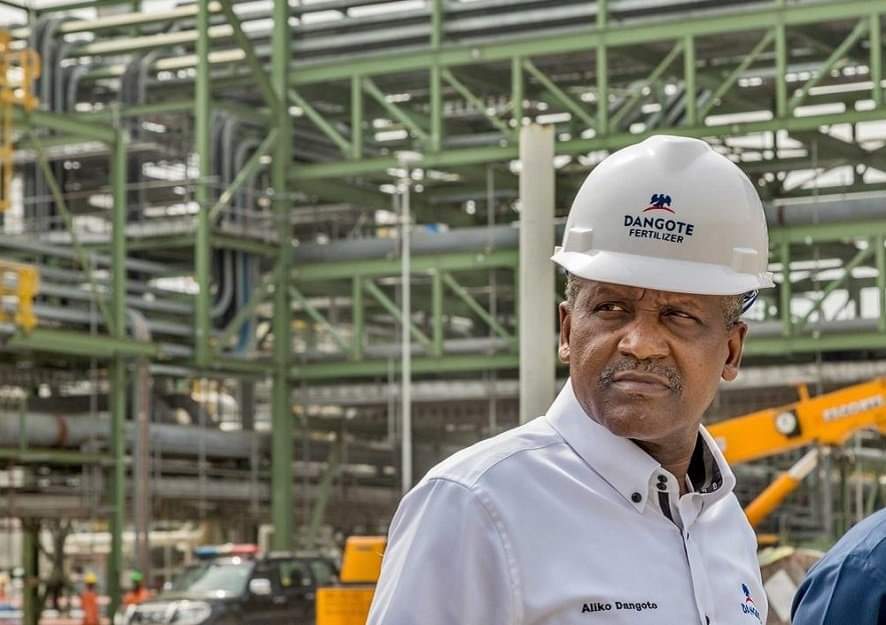 Africa’s richest man, Aliko Dangote, has opened the largest fertilizer plant on the continent. The plant, based in Africa’s biggest economy, Nigeria, was opened at the cost of $2.5 billion, according to Reuters.

The plant was commissioned by Nigerian president Muhammadu Buhari. Located at the Lekki Free Zone in Lagos State, the plant is designed to produce 3 million tonnes of urea per year.

Reuters reports that the fertilizer plant will target Africa and other markets. The immediate market target of the plant is to export to Brazil, which relies heavily on Russia for imports of fertilizer. The war in Ukraine has cut off supplies from Russia, threatening a global food shortage and higher prices.

Speaking at the launch of the plant, the Nigerian billionaire noted that shipments will also go to the United States, India and Mexico.

“It is an ambitious project that will reduce unemployment in Nigeria,” Dangote said. “The plant will boost productivity and enhance output across the nation as products from plants have reached the African market, and across Brazil, India, and Mexico.”

Also, the plant is expected to boost Nigeria’s agriculture output, as the sector accounts for 20% of Nigeria’s gross domestic product, with crop production contribution the highest with the farming subsector, Reuters reported.

“Low fertilizer usages have been the reason for low yield of agriculture products. Our goal is to make fertilizer available in quantity for our farmers. We are rolling out initiatives that will transform the agric sector for all,” Dangote said at the launch.

The launch of the fertilizer plant comes on the back of reports that the Nigerian businessman has started assembling vehicles in Nigeria under the brand name Dangote Peugeot Automobiles Nigeria Limited (DPAN).

The vehicles are being assembled at the new Greenfield Ultima Assembly Plant which is located in the northwestern region of Nigeria. The assembly plant will reportedly assemble 120 vehicles in a day running two shifts.

Dangote, who is also the world’s richest Black man, saw his wealth grow by $1.3 billion in January, putting his fortune at $20.4 billion, nearly the GDP of Senegal ($24.9 billion). The growth came on the back of a surge in the share prices of his cement company. Dangote Cement contributes to nearly half of the entrepreneur’s net worth. Dangote Cement produces 45.6 million metric tons annually and has operations in 10 countries across Africa, according to Forbes.