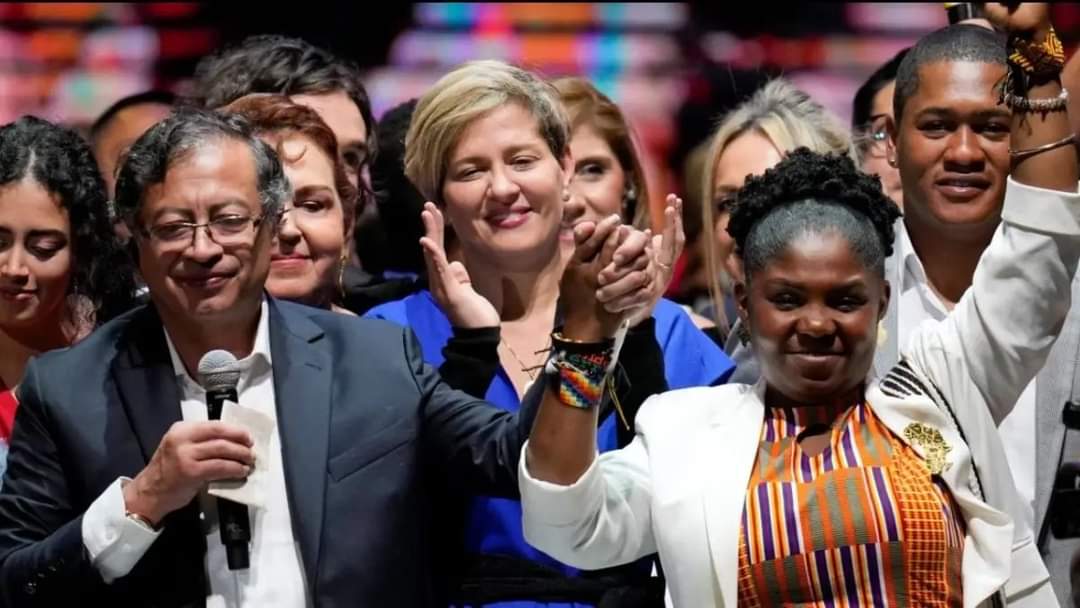 Colombia made history with its latest presidential election.

Márquez celebrated the historical moment with a poignant statement that spoke to the marginalization of Black Colombians, “It’s time to move from resistance to power.”

The 40-year-old former maid turned attorneys and activist became Petro’s vice-president elect after the leftist guerrilla leader beat a millionaire real estate mogul in an election usually won by Colombia’s moderate and conservative politicians. France 24 reported that Márquez’s win signified a  shift in political and social shift in a nation plagued by a fundamentally racist country.

Born in Yolombó, a town in the province of Antioquia, Black people were considered the minority– representing only 2% of the population. Márquez’s representation of Blacks in Colombia is much-needed in politics given the country’s 6.2% Afro-descendant population having been ignored and marginalized since the nation’s inception.

About Márquez’s victory, Olga Lucia Gonzalez, an associate researcher and specialist on Colombia at the University of Paris-Diderot, shared with France 24 the excitement behind her win, “Within the population, there has been a lot of popular anger in recent months directed towards the political class, particularly linked to the Covid-19 pandemic.

Francia Marquez comes from civil society and not from the traditional political elite. This is an argument that she plays on, and that goes greatly in her favour.”

Gonzalez also explained that Márquez did address issues that weren’t necessarily important to previous Colombian administrations, adding, “But above all, she is a woman, Black, Afro-Colombian, and she brings with her issues that until now have been totally forgotten, like the relationship to colonialism, sexism, racism.”

On the importance of having Black leadership within the second nation in the Western Hemisphere with the largest Black population, Colombian anthropologist Eduardo Restrepo told AXIOS, “Afro-Colombians are overrepresented in the numbers of forcibly displaced people and victims of violence. This idea inherited from colonial times that some people are meant to govern and others to be governed.”

Our Sincere congratulations and best wishes to Francia Marquez, who has become the first Black woman to serve as Vice President in Colombia.

She is an inspiration to Black women & girls around the world who have their desire on their countries’ highest leadership positions.