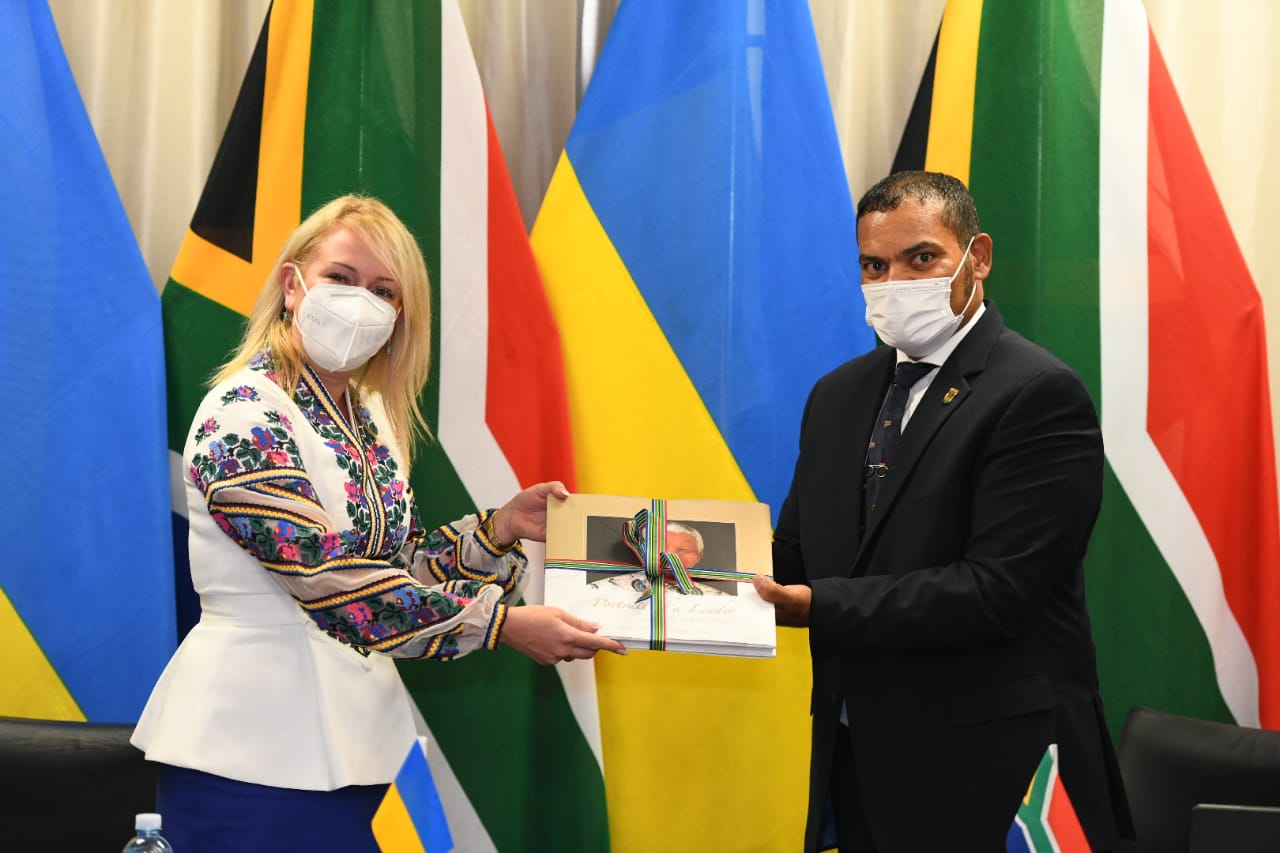 Today, 6 March 2021, at 13.30hrs the Honourable Deputy Minister of International Relations and Cooperation, Mr. Alvin Botes received a courtesy call from the Ambassador of Ukraine, Her Excellency Ms. L. Abravitova.

In his opening remarks the Deputy Minister Mr. Alvin Botes congratulated Her Excellency Ms. L. Abravitova, on her presentation of the Letters of credence and on the vote of confidence in her Country in assigning her to such an important mission, a gate away to Africa said Deputy Minister”

“South Africa’s foreign policy was founded upon the pillars based on its commitment to the values and ideals of Pan-Africanism, solidarity with people of the South and the need to cooperate with all peace-loving people across the globe in pursuit of shared prosperity and a just, equitable and rules-based international order, of human rights; respect for justice and international law; the advancement of African interests; and regional and international economic co-operation said Deputy Minister Alvin Botes”. During their discussions, the Deputy Minister and Ambassador of Ukraine exchanged views on a wide range of bilateral and multilateral issues of mutual concern.

The Deputy Minister expressed satisfaction of bilateral cooperation between the two countries and noted the growing of culture diplomacy cooperation, however noted the need to focus on economic Diplomacy”.

Her Excellency Ms. L. Abravitova committed to work towards focusing more on trade and investments initiatives. She talked about the Launch of the Ukraine-SA business portal which was created for Ukraine and South Africa private sector with the aim to assist businesses in finding trade partners in Ukraine and South Africa.
This portal contains useful information and necessary links on trade issues, in particular regulations said Ambassador Abravitova”

Ambassador Ms. L. Abravitova also expressed the readiness of the Ukraine Trade Mission’s upcoming visit to South Africa lead by Deputy Minister of Agriculture and the Representative for Trade of Ukraine.

Currently, South Africa is represented by Mr. Andre Groenewald in Kyiv, Ukraine while Ambassador Liubov Abravitova has been accredited to SA since November 2020.