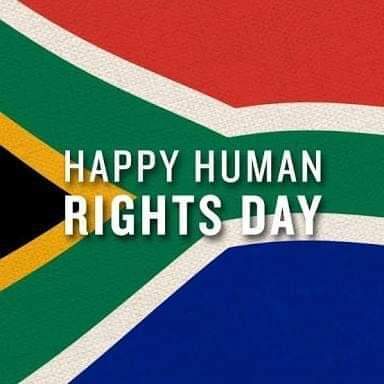 Human Rights Day in South Africa is historically linked with 21 March 1960, the events of Sharpeville. On that day 69 people died and 180 were wounded when police fired on a peaceful crowd that had gathered in protest against the Pass laws.

This day marked an affirmation by ordinary people, rising in unison to proclaim their rights. It became an iconic date in our country’s history that today we commemorate as Human Rights Day as a reminder of our rights and the cost paid for our treasured human rights.

What are human rights?

Human rights are rights that everyone should have simply because they are human.

In 1948, the United Nations defined 30 articles of human rights in the Universal Declaration of Human Rights. It established universal human rights on the basis of humanity, freedom, justice, and peace.

South Africa has included indivisible human rights in our own Bill of Rights, Chapter 2 of the Constitution of the Republic of South Africa, 1996. The articles of our Constitution can only be changed by a two-thirds majority in Parliament, which means it is difficult for anyone, including the government, to take away the basic rights of a citizen.

The Bill of Rights preserved in our Constitution is the cornerstone of our constitutional and representative democracy. The Constitution as our supreme law means that no laws may be passed that goes against it. The Bill of Rights also comprehensively addresses South Africa’s history of oppression, colonialism, slavery, racism and sexism and other forms of human violations. The Bill of Rights embeds the rights of all people in our country in an enduring affirmation of the democratic values of human dignity, equality and freedom.