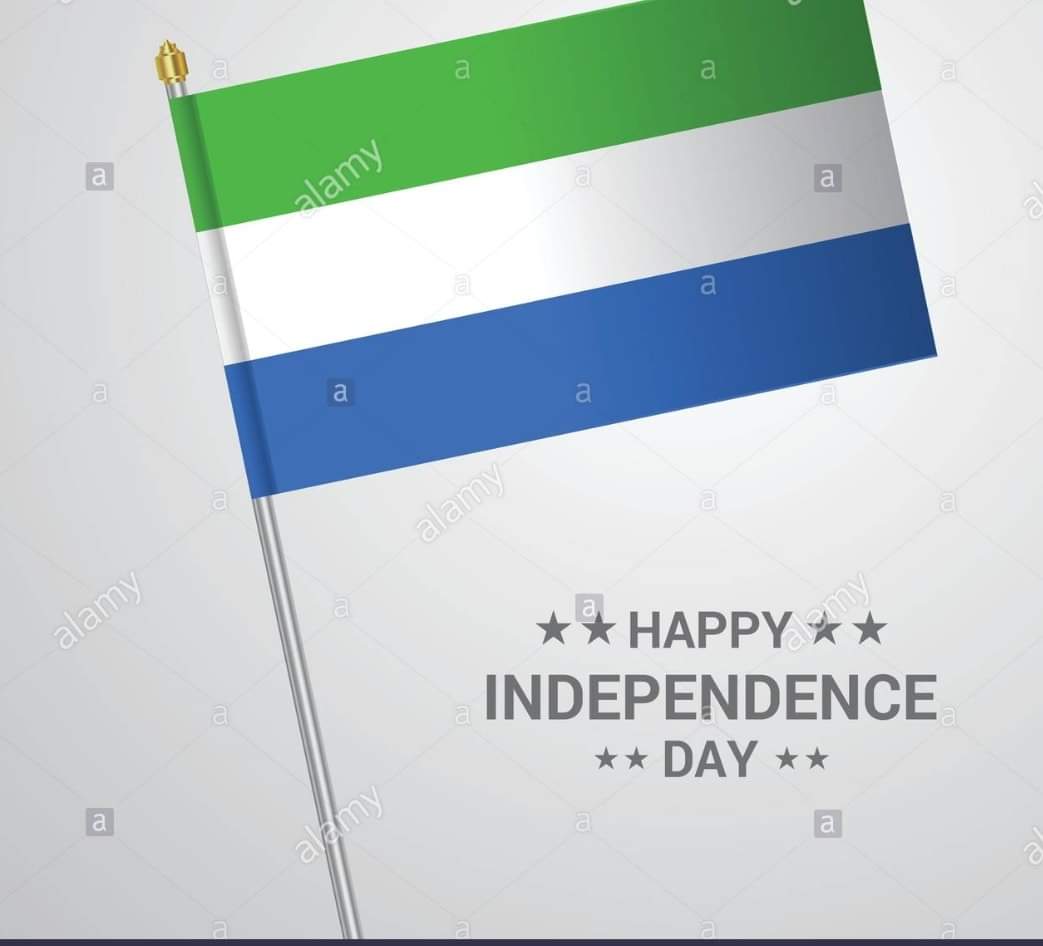 Today, April 27th, 2021, Sierra Leone turns 60.
This day is the National Day of Sierra Leone and commemorates independence from Great Britain on 27 April 1961.
Since the 15th century, Sierra Leone had been an important staging post for European colonists. The region reputedly got its name from a Portuguese explorer who named the shape of the local hills after a lioness – Sierra Leone.

The British began to take an active role in Sierra Leone as both a trading port to send slaves from and as a place for freed American slaves to live following evacuation in the American War of Independence. The capital, Freetown, was founded as a home for repatriated former slaves in 1787.

British colonial control of Sierra Leone began in the early 1800s. After 1807, when the British Parliament passed an act making the slave trade illegal, the new colony was used as a base from which the act could be enforced.

In 1951, the Sierra Leone People’s Party (SLPP) was formed and some local powers were given in 1953. The first parliamentary elections took place in May 1957 with the SLPP winning the most seats under the leadership of Sir Milton Margai.

Despite being only the 117th largest country in the world, Sierra Leone has the largest natural harbour in the African continent and the third largest in the world at Freetown’s Queen Elizabeth II Quay.

In April 1960, a series of conferences were held and as a result, at midnight on 27 April 1961, Sierra Leone was granted its independence from the UK ending almost 150 years of British colonial rule.